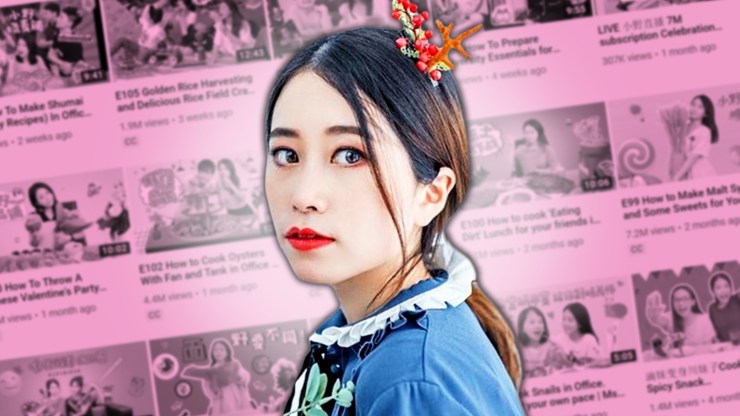 Chinese YouTuber Zhou Xiaohui, better known as Ms Yeah, has agreed to compensate two families after they claimed their daughters attempted to copy her viral video, resulting in one dying and the other surviving with severe burns.

The video in question—a feature on making popcorn—was originally posted in March 2017 and has since been deleted, but copies have circulated on YouTube. In addition to that video, Ms Yeah said she will delete any videos she thinks might potentially be dangerous.

In the video, Ms Yeah can be seen cutting a Pepsi can and placing it onto a hot plate, which rests over what appears to be an alcohol burner. She then fills the can with popcorn kernels, salt, and butter and lights the burner with a match.

While the end result for Ms Yeah was a bowl of popcorn, the families of the two girls say things ended much differently, with several photos of burnt or destroyed cans showing part of the aftermath.

On Aug. 22, the girls were reportedly playing in at a home in the eastern Chinese city of Zaozhuang while their parents were at work. Around 3:30 p.m., the girls discovered the experiment on the Chinese version of TikTok and decided to replicate it.

Their initial attempt reportedly failed, prompting on the girls to pour alcohol directly onto an open flame housed in a tin can, which then exploded.

The spark then reportedly caused a two-pound bucket of nearby condensed industrial alcohol to also explode, leading to the severe injuries.

The survivor—a 12-year-old girl identified as Xiaoyu—will need cosmetic surgery, according to her family. Also according to her father, she has accumulated high hospital bills and refuses to leave her home because of her burns. A picture that circulated on the Chinese social media site Weibo reportedly shows the girl in the hospital with severe burns and casts on her arms and legs.

Her friend—identified as 14-year-old Zhezhe—reportedly suffered burns to 96% of her body, later dying on Sep. 5.

Ms Yeah has denied the girls were attempting to replicate her video, in spite of paying compensation and the families’ claims. She claims the girls were using a different method than what was depicted in her video. Other videos showcasing alternative methods for DIY popcorn—similar to accounts given about the girls’ own experiment—do exist on YouTube, some with millions of views.

“I used only one tin can and an alcohol lamp, which is safer,” Ms Yeah said in a Sept. 10 Weibo post. “In [their video] we could clearly see that they used two cans and not a lamp.”

Ms Yeah also said her videos are not to be interpreted as instructional, and according to the BBC, she said she has included “Do not attempt” warnings on her videos since March 2017; however, more recent content of Ms Yeah using alcohol lamps to cook crab and make an espresso notably do not contain any such warnings in their videos.

Ms Yeah’s cousin and representative said the creator would help the families “regardless of who was right and who was wrong.”

It is unknown to what extent Ms Yeah will compensate the families.

Ms Yeah has described learning of the events as “the darkest day of my life” and said she’s felt “immense pain” from the girls’ injuries, further apologizing to her followers and saying she “let everyone down.”

Despite this, she has had to respond to multiple accusations on social media that she is a “murderer.” In her apology post, Ms Yeah asked her followers not to accuse people of murder.

Ms Yeah’s cousin later told media she has been under “immense stress” in recent days and suspects she may be “sinking into depression.”