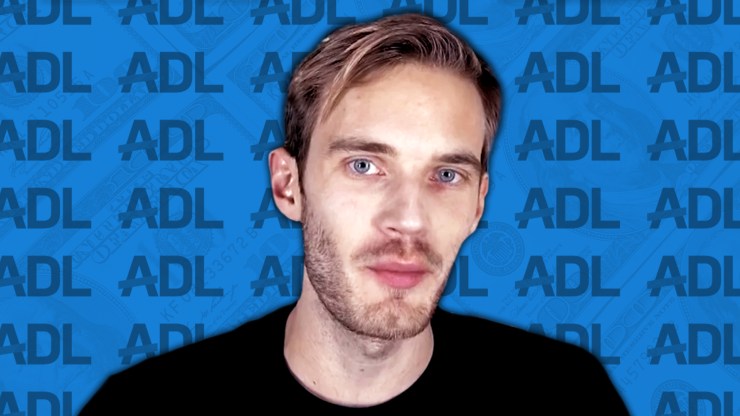 YouTuber PewDiePie has explained why he chose to donate to the Anti-Defamation League after his fans spread conspiracy theories suggesting he was blackmailed into doing so.

Felix Kjellberg, better known as PewDiePie, posted a video on Tuesday in celebration of reaching 100 million YouTube subscribers, which makes him the most followed solo-creator on the platform. In the video, he reminisced on his online journey, unboxed his award from YouTube, and announced a donation to the ADL.

“As an additional celebration, I’m donating $50,000 to the Anti-Defamation League, which is an organization that fights bigotry and prejudice in all its forms,” Kjellberg said.

The ADL was founded in 1913 with the goal of fighting anti-Semitism and other forms of hate. Many of Kjellberg’s fans, however, associate the group with YouTube’s initiative to remove content involving hate speech, as the platform has cited it as one of the many organizations it was working with the fight extremism. His fans believe the content removal to be a form of censorship.

Other fans also cited that the ADL was supportive of Disney’s decision to cut ties with Kjellberg back in 2017. Because of this, many fans were surprised that Kjellberg donated to the group.

“Wow, did the king of youtube just cave to those who wish to destroy him?” asked one user in the comments.

Other users believed that Kjellberg was blackmailed into giving the donation. Many commented messages like “Anti-Defamation League blackmailing PewDiePie,” using emojis in place of letters because they believed comments directly mentioning the ADL were being taken down.

Users on the PewDiePie subreddit believed comments about the ADL donation were being taken down on that platform as well. Many even claimed the ADL was responsible for this.

These, however, were just fan-based conspiracy theories. Other users online did not believe them and thought the donation meant something else to Kjellberg.

Many saw it has his way of responding to recent tragedies, like the shooting in Christchurch, where the alleged attacker said “Subscribe to PewDiePie” before committing the act. YouTuber Roberto Blake said it was Kjellberg’s “way of setting the record straight.”

Others saw the donation as a way for him to “rehabilitate his image.”

It’s pretty clear that Felix was just trying to rehabilitate his image via the ADL donation. It’s sort of funny how the dumber reactionaries can’t see that.

Some were very critical of the fact that fans jumped so quickly to conspiracy theories, and even accused them of hypocrisy.

Others sent messages to Kjellberg to thank him for making a donation, believing it was a sign of maturity.

These varied reactions and conspiracy theories did not go unnoticed. Kjellberg’s editor, Sive Morten, tweeted a meme about the theories and asked followers to “seriously, stop lol.”

Kjellberg addressed the situation himself on Twitter Wednesday morning. He claimed that mainstream media coverage of him did not bother him in the past, but in recent months, this has changed.

“After the Christ Church travesty a few months ago, my own clash with MSM was manipulated as a tool for destruction,” he wrote. “I’m not okay with this situation any longer and I’ve felt responsibility to make changes.”

“Making a donation to ADL doesn’t make sense to everyone, especially since they’ve outright spoken against me,” he added. “I wanted to show publicly that I can move past it and move on.”

While some fans still responded with criticism and skepticism to his statement, others were pleased Kjellberg wanted to take this step.

See what others are saying: (The Verge) (Dexerto) (Reclaim the Net)