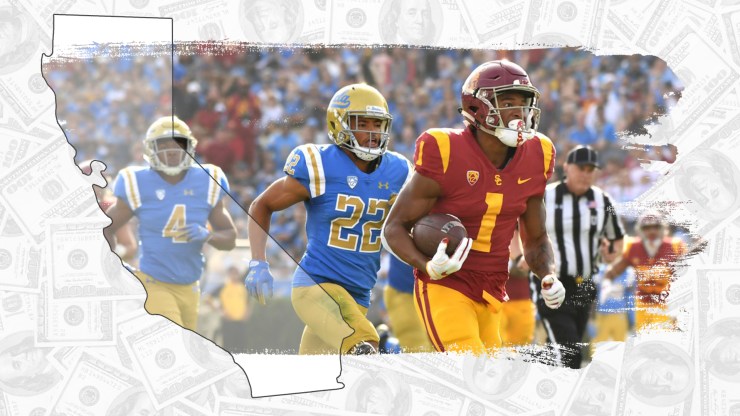 The California State Assembly voted in favor of the Fair Pay to Play Act, which would allow college athletes in the state to profit from the use of their name, image, or likeness.

A total of 73 legislators voted yes on the bill, while six members did not vote. No members voted against it. In addition to allowing student-athletes to make money, the Fair Pay to Play Act prevents schools from revoking scholarships from students who do so. The bill, also known as SB 206, would go into effect in 2023.

State Sen. Nancy Skinner (D-9), one of the senators who introduced the legislation back in February, celebrated the vote on Twitter.

Last week, before the vote took place, Lakers star LeBron James expressed support for the bill in a series of tweets. He called the legislation a “game changer.”

Criticism of the Bill

However, not everyone supports the legislation. Back in June, the National Collegiate Athletic Association warned that California schools could be barred from competing in championship events if the bill is passed.

“We recognize all of the efforts that have been undertaken to develop this bill in the context of complex issues related to the current collegiate model that have been the subject of litigation and much national debate,” NCAA president Mark Emmert wrote in a letter, according to USA Today.

“Nonetheless, when contrasted with current NCAA rules, as drafted the bill threatens to alter materially the principles of intercollegiate athletics and create local differences that would make it impossible to host fair national championships. As a result, it likely would have a negative impact on the exact student-athletes it intends to assist.”

The NCAA is not alone. Schools in California have also expressed concern over the Fair Pay to Play Act. In a letter obtained by the Stanford Daily in July, Stanford University’s Athletic Director Bernard Muir said it presents “serious challenges.”

“Allowing student-athletes to receive compensation from their name, image, and likeness, would present serious challenges for higher education institutions and to the collegiate sports model,” Muir said.

“We believe that for any reform to be fair and meaningful to all student-athletes it needs to occur at the national level and be adopted by the NCAA,” he later added.

The bill passed the state senate by a vote of 31-5 in May, with two senators not voting. The state senate will now have to vote on it again as changes have been made to it since their previous vote. Their deadline to decide is Friday, Sept. 13.

The bill is expected to pass again, after which it will head to the desk of California Gov. Gavin Newsom, who has 30 days to sign it. It is currently unclear what his decision will be.

See what others are saying: (Forbes) (Deadspin) (New York Times)