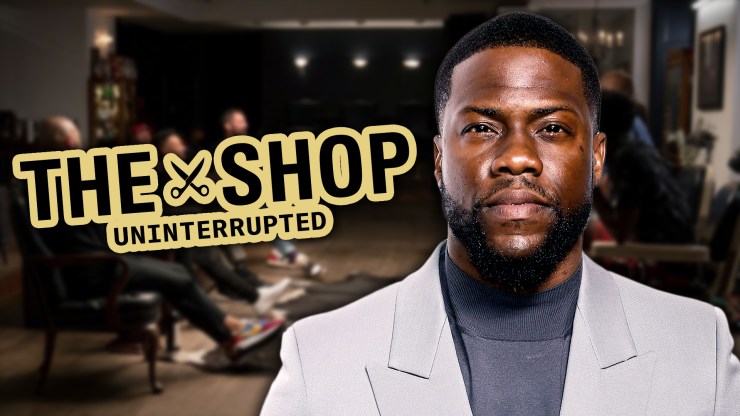 Clip from “The Shop” Goes Viral

Comedian Kevin Hart is being accused of gaslighting Lil Nas X in a viral clip in which the two discuss homophobia and the singer’s decision to come out.

The viral clip in question began when Rivera turned to Lil Nas X to discuss his success and decision to come out over the summer.

“You felt it was important to make an announcement recently,” he said.

“Who cares?” someone off-camera asks.

“It’s not about who cares. That’s actually my question,” Rivera said. “Why did he feel it was necessary to come out and say that?”

“It’s not that it’s, like, being forced,” the “Old Town Road” singer explained. “It’s just that knowing, like growing up, I’m growing up to hate this shit. I’m not supposed…”

“Hate what? Hate what?” Hart asked. “Why? Why are you growing up to hate?”

“Homosexuality, gay people,” Lil Nas X said. “Come on now, if you’re really from the hood, you know. For me, the ‘cool dude with the song’, on top of everything, to say this any other time, I’m doing this for attention in my eyes. But if you’re doing this while you’re at the top, you know it’s for real, and it’s showing it doesn’t really matter, I guess.”

Hart has faced criticism in the past for making homophobic jokes, including one tweet in 2011 where he said if he ever saw his son playing with a dollhouse, he would hit him over the head with it and say, “stop that’s gay.”

Several of his past offensive jokes resurfaced at the end of 2018 when Hart was slated to host the Academy Awards. He initially refused to apologize for his remarks, saying he had acknowledged them in the past. The situation, however, ultimately ended with him bowing out of the role and issuing an apology.

Watching the country-rapper explain to Hart why homophobia impacted his upbringing and choice to come out rubbed many the wrong way. One Twitter user compared the situation to having someone who stole something from you help to look for it.

Another brought up the joke Hart made about his son, saying that comments like these could be a part of why children experience homophobic thoughts.

Another suggested that instead of interrupting Lil Nas X, Hart should have just listened to what the artist had to say.

Others accused the comedian of gaslighting.

Still, many came to Hart’s defense. One user shared a clip from later in the show where Hart addresses Lil Nas X again, trying to show that there was more to the story than what was seen in the viral clip.

Others brought up Hart’s apology and said he had changed since making those jokes.

Others also came to Hart’s defense from another angle. The Jumanji actor recently underwent surgery after a serious car accident that reportedly resulted in spinal fractures.

Many sent Hart well wishes online, while others joked about the injury. Some made memes implying they were laughing at the matter, while others said he deserved it for his comments.

Actor Terry Crews acknowledged these people, and told Us Weekly that he had Hart’s back.

“There were some people who weren’t so nice,” Crews said. “There were a lot of people that were happy he got into the accident. It made no sense to me, but that’s human nature. But I’m here to tell him and that’s why I wanted to say, ‘Hey, man. I’m here for you. I got your back.’”

Neither Lil Nas X or Hart have made comments about their discussion. The Washington Post said HBO directed them to Uninterrupted for a statement, but the company did not respond.

See what others are saying: (Washington Post) (Us Weekly) (A.V. Club)