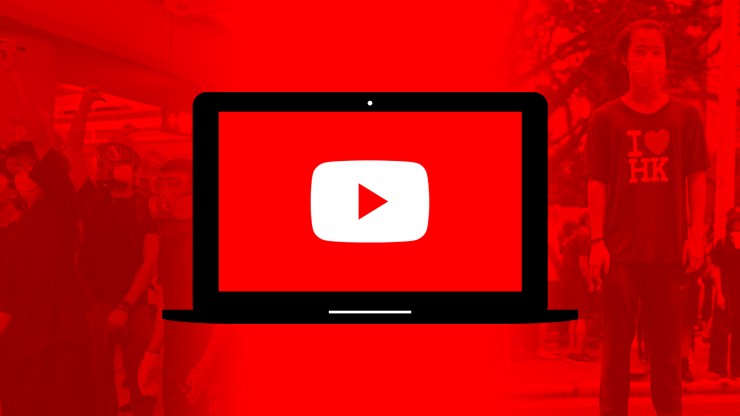 Google announced Thursday that it had suspended 210 YouTube accounts tied to a “coordinated influence” campaign against pro-democracy protests in Hong Kong.

The move comes just days after Twitter and Facebook both said they had shuttered similar accounts linked to a state-backed operation launched by China to undermine the protest movement in Hong Kong that started over a proposed extradition bill.

“Earlier this week, as part of our ongoing efforts to combat coordinated influence operations, we disabled 210 channels on YouTube when we discovered channels in this network behaved in a coordinated manner while uploading videos related to the ongoing protests in Hong Kong,” the statement said.

“This discovery was consistent with recent observations and actions related to China announced by Facebook and Twitter,” it continued.

“We found use of VPNs and other methods to disguise the origin of these accounts and other activity commonly associated with coordinated influence operations.”

In a blog post on Monday, Twitter disclosed that it had found “a significant state-backed information operation focused on the situation in Hong Kong.”

Twitter said that it had suspended 936 accounts “originating from within” China, that were “deliberately and specifically attempting to sow political discord in Hong Kong, including undermining the legitimacy and political positions of the protest movement on the ground.”

Also on Monday, Facebook announced that it had “removed seven Pages, three Groups and five Facebook accounts involved in coordinated inauthentic behavior as part of a small network that originated in China and focused on Hong Kong.”

“The individuals behind this campaign engaged in a number of deceptive tactics, including the use of fake accounts […] to manage Pages posing as news organizations, post in Groups, disseminate their content, and also drive people to off-platform news sites,” the post continued.

Facebook also included examples of the content that had been posted on some of the pages it removed.

One post translated by Facebook compared the protestors to Islamic State militants. “Protesters. ISIS fighters What’s the difference?” the post read. Other posts referred to the activists as “cockroaches.”

Google, however, did not explicitly say in its blog post if it had found that the Chinese government was behind the now removed accounts.

A Google spokesperson had no comment when asked by BBC if the company agreed with Twitter and Facebook’s findings that the suspended accounts were part of a state-backed misinformation campaign to undermine the demonstrations in Hong Kong.

Twitter responded to these complaints Monday by announcing that it would no longer sell ads to state-controlled news media outlets.

Facebook did not indicate that it was changing its ad sales policies, though a spokesman did tell Reuters that the company will “continue to look at [our] policies as they relate to state-owned media.”

YouTube also said it was not planning to change it’s ad policies, but told Reuters that “it would soon be expanding its labeling of state-backed media outlets in the region.”

According to Reuters, while YouTube places disclaimers on government-funded networks from all over the world, including several Chinese outlets, it does not give that disclaimer for the Chinese newspapers People’s Daily, China Daily, and Global Times, all of which are funded by the Chinese government.

The demonstration was planned for the 30th anniversary of the Baltic Way, a peaceful demonstration against Soviet occupation where an estimated two million people formed a 372-mile-long human chain across Estonia, Latvia, and Lithuania.

Friday’s event comes as part of a series of other demonstrations planned for the 12th consecutive week of protests in the city. It also follows a march last Sunday that protest leaders said drew 1.7 million people in one of the biggest shows of support since the movement began.

Despite escalating clashes with the police and mounting pressure from China, which has said it is not afraid to use force against the protestors in Hong Kong, the activists do not appear to have plans to stop their efforts any time soon.

See what others are saying: (Reuters) (BBC) (CNN)

Celebrities, Politics, & Scandal: The Truth About Deepfakes & Future What Ifs…

Tinder Plans to Roll Out Panic Button and Other Safety Features 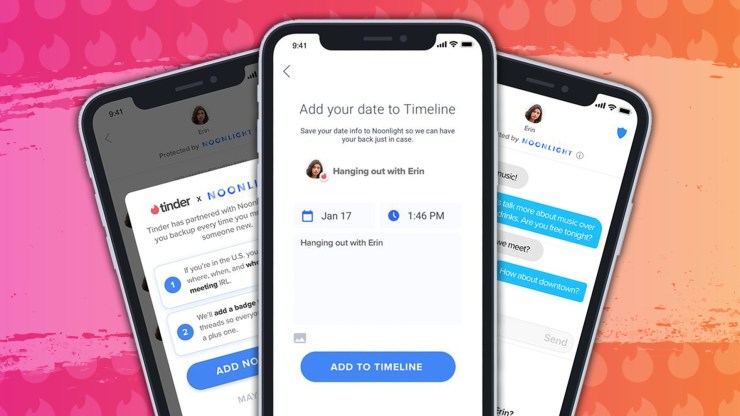 Tinder is planning to add free in-app safety features for users whose dates go awry, including a panic button that can be pressed if something goes wrong, security check-ins, and an option to call authorities if needed.

“I think a lot about safety, especially on our platforms, and what we can do to curtail bad behavior,” Match Group CEO Mandy Ginsberg told The Wall Street Journal, who first reported the story. “There are a lot of things we tell users to do. But if we can provide tools on top of that, we should do that as well.”

Prior to in-person dates, Tinder users will have the option to manually enter information into a tool linked to Noonlight, such as details about the other party and times.

Once the Noonlight tool is instated, Tinder users will also be able to add an emblem to their profiles to indicate the additional protection they have opted to take.

The new security measures will be introduced to U.S. Tinder users at the end of January, while other Match Group dating apps will see the features in the next few months.

Tinder is also currently testing a feature aimed to eliminate “catfishing” in which users will be required to take photos in certain poses to prove that they look like the images they upload. Profiles that pass the test will have a blue checkmark to indicate they were verified.

While Tinder has previously monitored abusive language and images via in-app conversation, this is the first move it has taken to play a hand in regulating in-person interactions once users decide to meet up.

This step comes after multiple cases of sexual assault and other crimes that users have traced back to relations made through the app.

The dating app is following the lead of other platforms like Uber and Lyft, who have both rolled out additional security features in the wake of criticism for not doing enough to protect users from safety threats.

See what others are saying: (Wall Street Journal) (CNN) (The Verge) 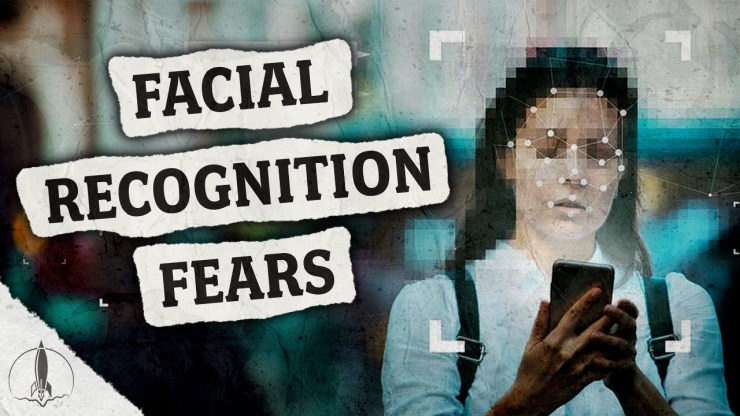 Facial Recognition Technology, better known by its acronym, FRT, has been a hot topic for nearly a decade. Most fields have some form of FRT from Taylor Swift using it to identify stalkers at her concerts to police making quicker arrests by matching faces of suspects to a database of mugshots. All forms of FRT have one way or another been contested, but some of the most controversial places that it’s being used are college campuses.

Recently, an anti-FRT group named Fight for the Future launched the largest nation-wide student campaign to demand that universities never use FRT on their campuses. There are multiple reasons why people love and despise FRT and in this video, we’re going to show you both sides of the argument and why it’s so controversial to use on college campuses. 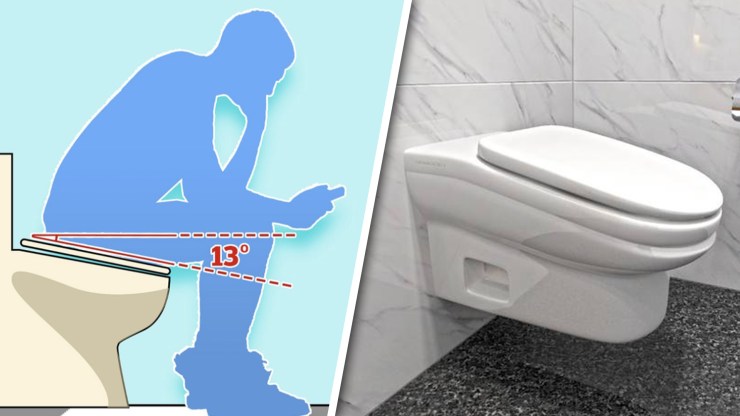 DeepNude App Banned on GitHub After Spreading to Multiple Platforms

Netflix Numbers to Boost After Changing Its Definition of Views