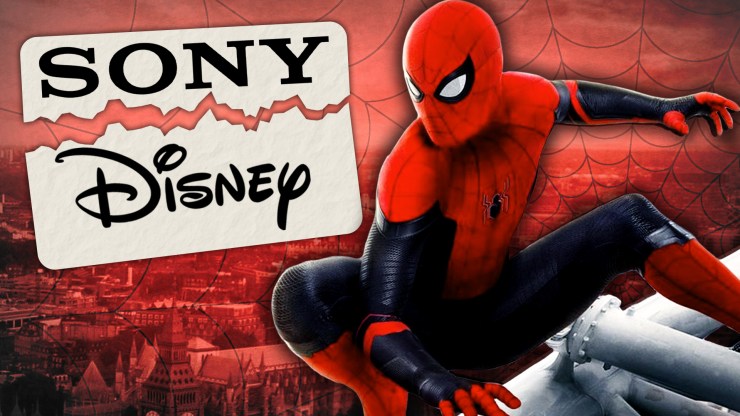 As Uncle Ben said, “With great power comes great responsibility,” and that has proven to be the case for the execs dealing with the tricky Spider-Man agreement between Disney and Sony. The powers that lie between the two companies failed to reach an agreement on co-financing the Spider-Man franchise, effectively kicking the beloved character out of the Marvel Cinematic Universe.

According to a Deadline report published Tuesday, Marvel Studios President Kevin Feige will no longer have a hand in producing Spider-Man films. Sony has owned the film rights to the web-slinger since 1999, allowing them to make Toby McGuire’s trilogy and the Andrew Garfield reboot. They have lent film use to Marvel since 2015. Their deal allowed Marvel to use Spider-Man in other MCU films while taking merchandise revenue and 5% of first-dollar gross. Sony fully financed the films and took the rest of the profits.

Disney, however, was looking to strike a new deal. They offered to co-finance the film at a 50/50 split, meaning that both companies would spend and make equal parts on the films. Sony said no, and took Spider-Man with them.

Sony tweeted a statement about the news, saying they were “disappointed, but respect Disney’s decision.”

Kevin is terrific and we are grateful for his help and guidance and appreciate the path he has helped put us on, which we will continue. (3/3)

According to several reports, experts are not surprised the companies found themselves at a stalemate. Jeff Bock, a senior box office analyst at Exhibitor Relations told CNBC that Sony was “playing a little hardball right now.”

“And they have every right to do so, considering the deal Disney offered is a joke,” Bock added. “Maybe if we were discussing the rights for ‘Howard the Duck,’ 50/50 would be in play, but not for the web-slinger.”

The Future of Spider-Man

As for the future of Spider-Man, right now, it seems unclear. Sony now has the sole power to make films about the friendly neighborhood superhero, which is a massive win for them. They arguably need the franchise more than Disney, and Spider-Man: Far From Home recently became their highest-grossing film of all time.

Sony, however, is presented with one massive challenge. Spider-Man can no longer cross over into the MCU, which will be tricky, considering the Tom Holland era of the character is incredibly cemented in that world.

Holland is reportedly signed on for two more Spider-Man films, but most of the plots in his standalones are grounded in characters like Tony Stark, whom he is seen as the heir-apparent to after Avengers: Endgame. His last film, Far From Home, carries a lot of weight in the MCU, including an explanation of “the blip” and the fallout from Endgame. It also ended with massive cliffhangers pertaining to Mysterio and MCU-staple Nick Fury.

Since this puts Spider-Man’s story in such an—ahem— sticky situation, many fans are not happy. #BoycottSony, #SaveSpidey, and #SpidermanFarFromtheMCU all trended on Twitter with fans expressing their frustrations over the situation.

In addition to being mad at Sony for claiming sole rights to the hero, some were equally upset with Disney for not negotiating their deal.

And fans are not alone in using social media in hopes of changing Spidey’s future. Jeremy Renner, who plays Hawkeye in the Avengers films, took to Instagram as well.

“We want Spider-Man back to @therealstanlee and @marvel please,” the actor said.

Hey @sonypictures we want Spider-Man back to @therealstanlee and @marvel please, thank you #congrats #spidermanrocks #🏹 #please

Ryan Reynolds also acknowledged the situation on Twitter, responding to a user who asked if a Deadpool and Spider-Man movie could be in the works.

See what others are saying: (Deadline) (CNBC) (The Ringer)