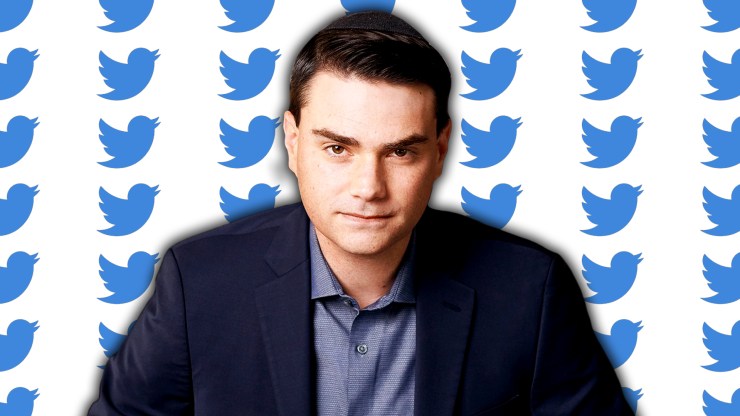 Conservative radio host Ben Shapiro responded to online backlash he received after saying that having to work two jobs to make ends meet is a “you problem.”

On Wednesday, a clip of Shapiro making these comments on his show went viral.

“If you had to work more than one job to have a roof over your head or food on the table, you probably shouldn’t have taken the job that’s not paying you enough,” he said. “That’d be a you problem.”

Shapiro said he was referencing comments Sen. Kamala Harris (D-CA) made during a Democratic presidential debate.

“People in America are working,” she said. “They’re working two and three jobs. So when we talk about jobs let’s be really clear. In our America, no one should have to work more than one job to have a roof over their head to food on the table.”

In the clip, Shapiro goes on to say that very few Americans are actually working multiple jobs, which, according to the Bureau of Labor Statistics, is true. The BSL says that just under five percent of Americans work two jobs. However, some reports claim the number could be higher because sample groups may not reach enough people, and because someone working two jobs is less likely to participate in a survey.

Still, Shapiro’s comments received a lot of backlash online. Many said they came from a place of privilege and pointed out the host’s financially comfortable upbringing.

“Ben Shapiro is the child of a television studio executive and film composer and grew up in Hollywood as a private school dilettante who got his high school education for a tuition comparable to most Ivy League universities,” one user pointed out.

“It’s not a you problem it’s a systematic problem,” another said.

Talk about the white privilege that’s Ben Shapiro. He is so out of touch with the issue of wage inequality in the United States, where the average minimum wage is 7.75. how is that a living wage. It’s not a you problem it’s a systematic problem. I

If you *need* two jobs to make ends meet, you *don’t have the luxury* of picking and choosing jobs. You take work where you can to pay the bills and feed yourself and your family. Ben Shapiro clearly does not get that.

Some also told their own stories about why people in their families have had to take multiple jobs.

Shapiro later responded to the backlash on Twitter by posting a thread to clarify his comments.

“The point I am making, of course, is that you cannot dictate that a job pay you what you wish it paid you,” he said.

However, he later added, “The answer to the problem of taking a job that you feel underpays you is to (a) not take the job, as I suggest here, or (b) not live beyond your means.”

He also said that he himself had worked multiple jobs for most of his career.

“I understand why someone would need two jobs,” he later said after his thread.

Others, however, defended Shapiro.

“What he says is true,” one user wrote. “Just because you dont like it doesnt change it.”

Hey snowflakes, what he says is true. Just because you dont like it doesnt change it. And it’s true for most of us. Who would like to have a better paying job? And what did we do about it? Most people do not do what they need to get what they want.

No, he is saying get a better paying job. Not to settle for a job thats not paying what you are worth. He is correct.

See what others are saying: (Fox Business) (HuffPost) (The Hill)