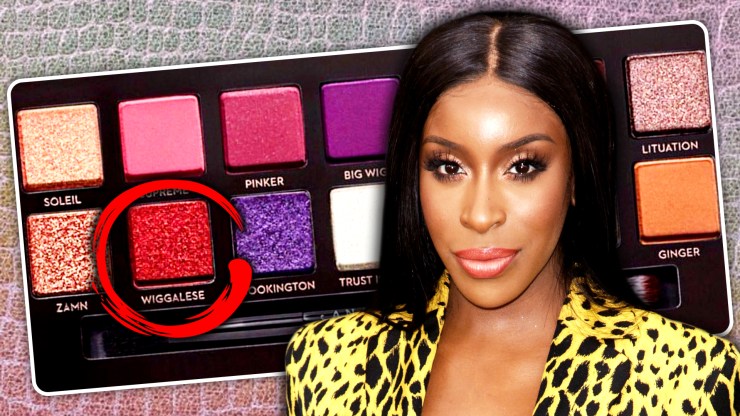 Beauty YouTuber Jackie Aina released a new eyeshadow palette in collaboration with Anastasia Beverly Hills this week, which some critics are now slamming because of the name of one particular shade.

Aina, who has more than 3.1 million subscribers on her channel, announced the palette on Sunday. Shortly after seeing the full range of colors and shade names, some called out Aina for naming one shade “Wiggalese.”

Outraged viewers argued that the name was another version of the term “wigger,” a slang word used against white people who emulate mannerisms and styles associated with black culture.

One Twitter user said that the term, “is just racist AF when u remove the ‘lese’ from it.” Another called it a slur.

Shame ABH included a word with a slur in it.

Several fans defended the shade name and said that the term is actually just a reference to wigs.

In her announcement video, Aina even explained the meaning behind all of her shade names. “So wiggalese is just basically legal jargon but basically the wig equivalent of that,” she said.

Claudia Soare, better known as Norvina, the president of Anastasia Beverly Hills and daughter of the brand’s founder, eventually took to Twitter to respond to the accusations of racism.

“Absolutely not,” she wrote. “I would never allow that. It’s about wigs.” Norvina went on to suggest that the idea of Aina including a racist shade name would be ridiculous. “Also why would Jackie name one of her own shades …. nvm.”

Aina is known for being a staunch advocate for better inclusion of people of color in beauty and fashion. She has called out brands for poor shade ranges, lack of diversity in social media campaign or pages, and poor support of black influencers.

While announcing her palette, Aina even said that it was suitable for all skin tones but was especially made for people with medium to dark complections.

After seeing the outrage over the shade name, many of her fans hit back at critics and argued that they were the ones being racist for trying to bash a black influencer and not support her collaboration.

This sparked more outrage from Aina’s critics who spoke out against being labeled as racist. “The fact that I disagree w a lot of things she’s done & said does not make me a racist,” one user wrote.

Others like award-winning makeup artist Kevin James Bennet even argued that Aina should step in and address the name-calling with her followers.

As of now, Aina has not publically addressed the outrage surrounding the shade name.

See what others are saying: (Paper Magazine) (We The Unicorns) (Bustle)