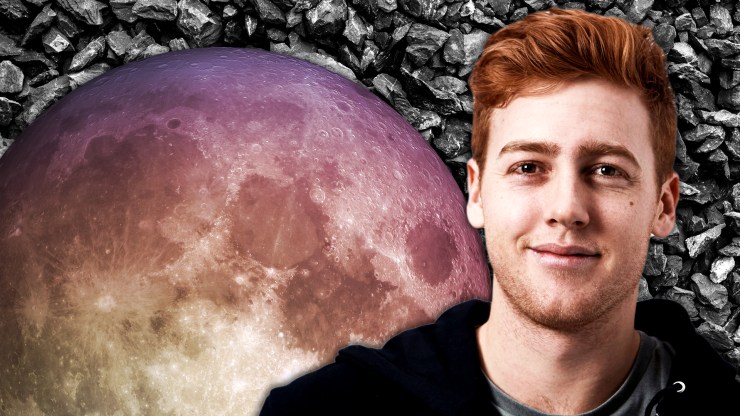 After a group of influencers posted about receiving packages with “moon rocks” from the National Space Centre in the United Kingdom, YouTuber Josh Pieters posted a video revealing that the rocks were nothing more than gravel from a nursery as part of an intricate prank.

“As if this is from the moon!” Louise Thompson, who has 1.1 million followers, said in an Instagram story. “What? This is the coolest thing I’ve ever seen in my life!”

“Whoa, it’s so smooth!” YouTuber Oli White, who has 2.8 million followers, said. “I have a piece of the moon!”

White later referred to his piece as “the sacred moon rock.”

Other influencers who posted about their “moon rocks” include Sophie Habboo, Harry Baron, Emily Blackwell, Jack Maynard, and Emma Walsh. Habboo and Baron are also reality stars on a show called Made in Chelsea.

In total, Pieter sent 40 packages — roughly half to influencers he knew and the other half to random influencers.

Within each package, Pieters included a handwritten cover letter and a fake certificate of authenticity labeled from the National Space Centre.

“To celebrate the 50th anniversary of the moon landing, we at the National Space Centre are delighted to send you your very own piece of the moon,” the cover letter reads. “Feel free to share!”

While the “moon rocks” were fakes, the prank comes on the heels of the actual 50th anniversary of the Apollo 11 mission, when American Astronauts Neil Armstrong and Buzz Aldrin became the first people to land on the moon.

“NWA 12427 is the 12,427th rock recovered in the northwest African grid of the Sahara Desert to be analyzed and classified,” each of faux certificates read.

After posting to his rock to social media, the National Space Centre direct messaged YouTuber Jack Maynard to tell him they didn’t send out the rock.

Notably, they also seemed to question the authenticity of the rock.

“Hi, Jack, thanks for tagging us in your story,” a representative said in the message. “However, we don’t believe this ‘Moon Rock’ has come from us at the National Space Centre. This is not our official compliment slip and we are not sure who has sent this to you. We’re looking into this but if you have any clues as to who might have sent this to you, please let us know.”

Part of the reason for the rarity is because the moon has a gravitational pull, though this pull is not so strong that lunar pieces can’t be sent flying into space when the moon’s surface is struck by other meteorites.

Pieters later posted a video titled “I Tricked Influencers Into Promoting Gravel,” which details how he and a friend crafted the hoax.

In the video, Pieters apologizes to the National Space Centre for impersonating them but said he hopes the free publicity made it okay.

While Pieters said he partially thought up the prank for fun, he said he also viewed it as a social experiment to see if influencers actually look into the items they promote.

“Obviously with me being technically an influencer myself, we do often get sent really arbitrary things,” Pieters said in an interview with INSIDER. “I just started to wonder, ‘Is there anything you could send an influencer that they actually wouldn’t post about?’”

So far, Pieters said none of the influencers he targeted have been upset with him.

“Most of them seemed to take it really well,” he told INSIDER. “I’ve gotten messages from them afterwards saying, ‘Ha ha you got me.’ I’m sitting waiting for a horrible message, but I haven’t received one yet.”

Pieters said he believes he also would have fallen for the prank if it had happened to him.

See what others are saying: (INSIDER) (The Tab) (We The Unicorns)

E3 Leaks Information of More Than 2,000 YouTubers and Journalists