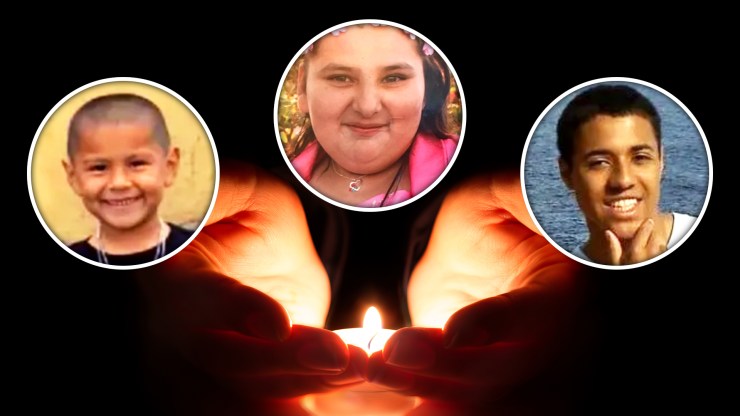 A shooting at the Gilroy Garlic Festival in California left three victims dead on Sunday evening, including two children.

The festival was winding down when a gunman moved past a nearby creek and cut through a fence, bypassing security at the festival’s entrance. At around 5:40 pm, the suspect began firing at guests.

At least 12 other attendees were injured in the attack that took place about 30 miles outside of San Jose. Within a minute, police responded and killed the shooter. Gilroy Police Chief Scot Smithee said Monday that three officers managed to shoot the gunman.

He added that the incident would have been more deadly had officers not responded so quickly.

Stephen, who turned 6-years-old just last month, died at St. Louise Regional Hospital hours after he was shot in the back. He had attended the festival with his mother and grandmother. They were also shot in the attack, but survived after medical treatment.

His uncle, Noe Romero, described Stephen as an outgoing and loving child in an interview with the San Francisco Chronical. The boy’s uncle even nicknamed him “El Romancito,” for his button-down shirts, polished manners, and love of sultry R&B ballads by his favorite artist, The Weeknd, according to the paper.

“He wouldn’t leave the house unless he had cologne on,” his uncle added.

Alberto Romero, the boy’s father. told NBC Bay Area, “My son had his whole life to live and he was only 6.”

Keyla Salazar would have turned 14-years-old on August 4 and was set to start ninth-grade this fall. She was shot in the chest while trying to flee the scene with family members.

Her aunt, Katiuska Pimentel, told Mercury News on Monday that her niece was a compassionate and loving young girl.

“She wanted to build her own YouTube channel and her dream was to draw animations for video games and movies,” Pimentel said. “It’s a shock for all of her family. We cant believe it, that it’s happening.”

“Trevor was a brother, a son, a grandson, a boyfriend, a best friend and a bright light to all who knew him,” a GoFundMe page set up by his friends reads.

“Trevor was an excellent pillar of the Keuka College & Romulus communities and a kind & positive soul. Trevor will forever live on in the memory of his loved ones.”

Hundreds of people attended a vigil at City Hall in Gilroy on Monday to honor the victims. GoFundMe pages have also been created to raise funds for their families and funeral costs.

The 19-year-old male responsible for the shooting was indentified as a resident of the town.

FBI Agent in Charge Craig Fair said investigators were working to determine a motive for the attack, are exploring any ideological leanings, and are working to learn whether the attacker was affiliated with any group.

Several news sites have been pointing to social media posts allegedly written by the shooter, which include references to a 1890s racist manifesto popular with neo-Nazis.

However, officials say that the targets appeared to have been shot at random, but added that they are still in the early stages of their investigation.

Editor’s Note: At Rogue Rocket, we make it a point to not include the names and pictures of mass murders or suspected mass murderers who may have been seeking attention or infamy. Therefore, we will not be linking to other sources, as they may contain these details. Instead, we will be linking to the GoFundMe pages of the victims.