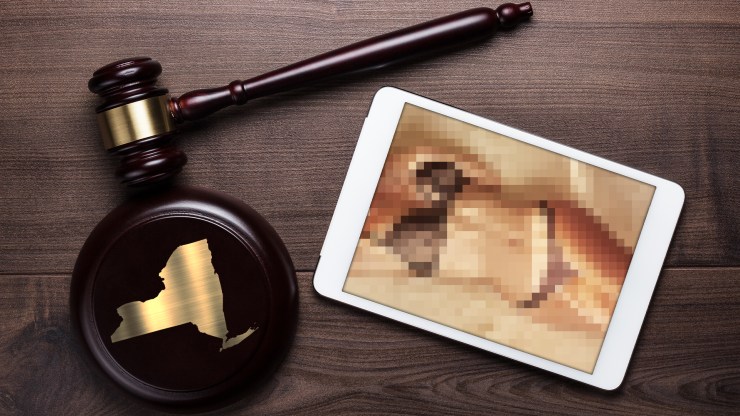 Starting in 60 days, the act of sharing intimate photos without consent, specifically with the intent to cause harm, will be a Class A misdemeanor in the state. The penalty could be up to a year in prison, as well as damages. The new law also enables victims to obtain court orders to remove images that have been posted online.

Right now, the only states that do not have a law similar in nature to this are Massachusetts, Mississippi, Wyoming, and South Carolina.

After signing onto the legislation, Cuomo released a statement about the new law.

“As part of our Women’s Justice Agenda, we are focused on changing a culture that enables sexism and violence against women,” she said in a statement.

“This legislation ensures New Yorkers are not victims of nonconsensual release of intimate images, empowering them to take action to remove images from the Internet and subject abusers to jail time. This is another important step in our overall goals to achieve true social, economic, racial, and gender justice once and for all.”

Mary Anne Franks and Danielle Citron, the President and Vice President of the Cyber Civil Rights Initiative (CCRI) wrote a blog for the Harvard Law Review in March, after New York’s state senate passed the bill. In their blog, they addressed the bill’s flaws, including the language that specifies intent to harm.

“New York’s law — like far too many other state laws addressing this abuse — goes astray, however, by reaching only defendants who act with the intent to harm their victims,” they wrote.  “It requires proof that the defendant acted with ‘intent to cause harm to the emotional, financial, or physical welfare of that person.’”

They believe the law would better serve victims if the “intent to harm” language was not included. However, many who fought for it still consider the passing of this law to be a win. The CCRI tweeted in celebration of the approved legislation. Franks also thanked everyone who worked on making it happen.

See what others are saying: (The Hill) (Mashable) (Wired)

The Victims of the Gilroy Garlic Festival Shooting

Woman Defends Use of Racial Slur Caught on Tape, Says She “Would Say It Again”