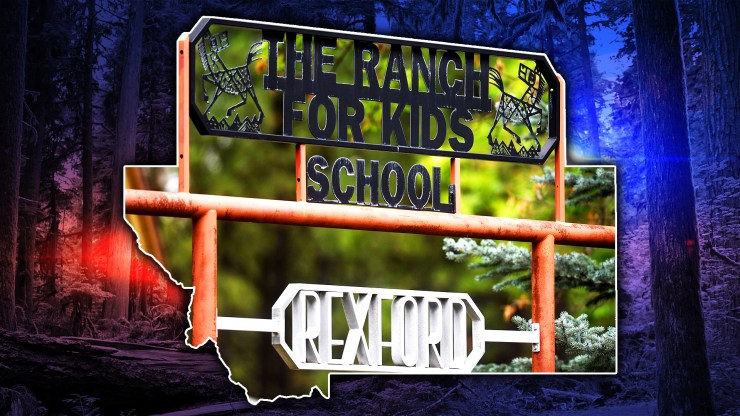 Authorities in Montana have removed 27 children from a youth treatment facility after learning of “consistent and chronic allegations of physical and psychological abuse, as well as medical neglect,” the state said Tuesday.

The Montana Department of Public Health and Human Services removed the children from a facility called Ranch for Kids in Rexford, which is located in the northwest corner of the state.

In a news release the department said, “Allegations of egregious abuse regarding Ranch for Kids has escalated in both frequency and severity in recent months.”

“The 27 children that were removed are now at a safe location,” the agency added. “They are receiving medical care. The details of their care and condition are confidential.”

The children were removed during a two-hour-long sting operation conducted by 20 caseworkers and law enforcement authorities. On Wednesday, a state health department official said the agency had made contact with “virtually all of the parents” and many kids have already been reunited with their families.

The state department also suspended the nonprofit organization’s license “to prevent future abuse,” and said that information it can publically release is limited because the investigation is ongoing.

Ranch for Kids is a nonprofit organization which describes itself as a treatment center for “Kids who have been adopted, and suffer from Fetal Alcohol Spectrum Disorder (FASD) and Reactive Attachment Disorder (RAD),” according to its website.

However, the state says that the children, who are between 11-17-years-old, were actually subjected to consistent abuse. Reports of physical abuse included allegations that the children were hit, kicked, bodyslammed, and spit on by staff.  One child was even allegedly shot with a nail gun.

Several staff members were accused of “persistent psychological abuse.” Food was allegedly withheld from the children, who were also subjected to prolonged isolation. Authorities say children did not receive any medical attention when it was critically needed and said medications were not stored, administered, or regulated properly.

The state also heard reports of excessive discipline like forcing the children to go on 15-20 mile disciplinary walks, with no shoes or improper shoes, in harsh conditions along remote Forest Service roads. Children who ran away were also not reported to authorities in a timely or consistent manner, even in harsh winter conditions, the state said.

Investigators interviewed former staff members, counselors, and the children, according to KECI. The investigation led to a court order, which allowed the department and Child Protective Services to remove the children and suspend the ranch’s license.

Authorities made no arrests during their visit, but children are still being interviewed, and the Montana Department of Justice said it would explore criminal charges.

Bill Sutley, the ranch’s executive director, said he is cooperating with the state’s investigation. However, he has denied some of the allegations against the facility, including the allegation about a child being shot with a nail gun, according to the Missoulian.

The Montana based newspaper reported that he called some of the allegations listed by the state “deceptions,” or deviations from the truth.  Sutley confirmed that children were sent on disciplinary walks, but said they were never in improper conditions.

In another statement to CNN, Sutley said the allegations are “selected fabrications of information from incredible sources,” He also argued that the children had already been through trauma and said the state was only causing more.

Sutley plans to fight the state’s decision to suspend the ranch’s license. He said Ranch for Kids has 10 days to respond and said there will be a hearing.

“We fully expect to go through and clear the air,” Sutley added. “We look forward to the opportunity to clear the air and be exonerated of the misconstrued allegations.”

The state took action against the center as part of new legislation that went into effect on July 1. Montana lawmakers passed a bill moving oversight of private alternative treatment programs to the state health department after an investigation by the Missoulian found the programs faced few sanctions despite several complaints.

Prior to July 1, DPHHS did not have licensing authority over these programs.

See what others are saying: (CNN) (The Missoulian) (NBC News)

Woman Defends Use of Racial Slur Caught on Tape, Says She “Would Say It Again”