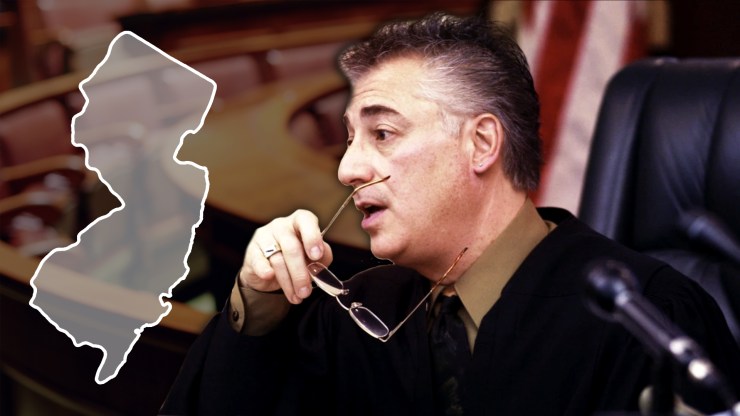 A New Jersey judge who recommended that a 16-year-old boy accused of rape get leniency because he was from a “good family” resigned, according to an order from the New Jersey Supreme Court issued Wednesday.

In 2018, Monmouth County Judge James Troiano denied a waiver that would have allowed the teenage boy to be tried as an adult.

The teenager was accused of raping an intoxicated girl at a party, recording it, and then sending the recording to multiple people with the caption “when your first time is rape.”

Troiano argued that the defendant should not be tried as an adult because he had good grades and was from a good family.

He also said he did not think the incident was a “traditional case of rape,” which he defined as “two or more generally males involved, either at gunpoint or weapon, clearly manhandling a person.”

Troiano’s decision was later overturned by an appellate court, which made the ruling public in June.

Troiano has already been retired since 2012, but had continued to hear cases part-time. According to the order from the New Jersey Supreme Court, Troiano requested to step down effective immediately, and the court agreed.

After Troiano’s decision was made public, he was met with widespread criticism and condemnation.

Numerous elected officials in New Jersey called for Troiano to resign or be removed from the bench, and petitions calling for his impeachment were circulated.

It was also reported that Troiano and his family had received phone calls and emails threatening violence. According to The New York Times, Troiano also received death threats.

On July 11, protestors gathered outside the Monmouth County Courthouse to call for the resignation of Troiano and Judge Marcia Silva, who ruled that a 16-year-old boy accused of assaulting a 12-year-old girl should not be tried as an adult because the “offense is not an especially heinous or cruel offense.”

Silva’s decision was overturned by the same appellate court.

The state’s Supreme Court also announced that it was beginning proceedings to remove Judge John Russo, who asked an alleged victim if she had closed her legs to try to prevent being sexually assaulted.

“Because of the seriousness of the ethical violations here, it is appropriate for the Court to consider the full range of potential discipline, up to and including removal from office,” Justice Stuart Rabner, the chief justice of the Supreme Court of New Jersey wrote in the order.

According to NBC News, the state’s Supreme Court is seeking a harsher punishment for Russo after a judicial ethics commission recommended three-month unpaid suspension earlier this year.

Russo has said he was just trying to get more information from the alleged victim.

NBC also reported that Russo had been reassigned to another county court in December, and will have until next month to contest his removal in front of a panel of state Supreme Court judges.

He will be suspended without pay during the process.

“Unfortunately, the inexcusable actions of several judges over recent months have threatened this reputation for thoughtful and reasoned opinion, and common decency,” Murphy said. “I am gratified that Judge Troiano will no longer sit on the bench and that removal proceedings will begin against Judge Russo.”

“Vilifying or seeking the removal of judges who make unpopular or even erroneous decisions threatens the independence of the judiciary,” he said. “Judges are simply lawyers entrusted with the responsibility of deciding difficult cases.”

“Litigants sometimes feel that their decisions are incorrect or unfair. That is why we have appellate courts,” he continued.

The New Jersey Supreme Court also ordered a new initiative Wednesday to improve how judges are trained to address sexual assault and domestic violence, as well as diversity and implicit bias.

See what others are saying: (The New York Times) (NBC News) (USA Today)