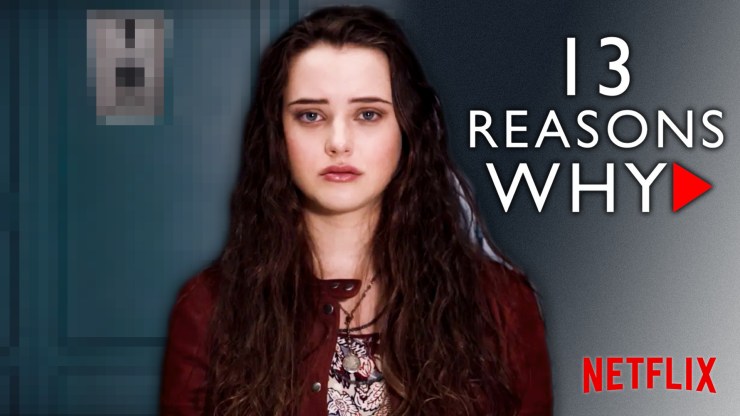 Netflix announced Monday that it has edited out a graphic suicide scene from the first season of “13 Reasons Why,” more than two years after it was released.

The show, which centers on the suicide of a fictional teenager named Hannah Baker, stirred up controversy when it first aired in March of 2017. While many praised the show for raising awareness about suicide and bullying, others, including organizations like the National Association of School Psychologists and the Parents Television Council, accused Netflix of glorifying and romanticizing suicide to vulnerable teens.

Critics of the show found one scene that aired during the season 1 finale particularly upsetting because of its graphic depiction of Hannah taking her own life.

“We’ve heard from many young people that 13 Reasons Why encouraged them to start conversations about difficult issues like depression and suicide and get help — often for the first time,” Netflix said in a statement.

“As we prepare to launch season three later this summer, we’ve been mindful about the ongoing debate around the show. So on the advice of medical experts, including Dr. Christine Moutier, chief medical officer at the American Foundation for Suicide Prevention, we’ve decided with creator Brian Yorkey and the producers to edit the scene in which Hannah takes her own life from season one.”

The nearly three-minute-long scene aired about midway through the episode and showed Katherine Langford’s character Hannah looking at herself in the mirror before she was shown cutting her wrists in a bathtub. The camera held on Hannah during her graphic final moments before showing her parents finding her body.

The re-edited scene now shows Hannah looking at herself in the mirror, then cuts directly to her parents finding her body in the bathroom. Sources told The Hollywood Reporter that Netflix will also monitor and issue take-downs for any pirated clips that feature the original scene.

“Our creative intent in portraying the ugly, painful reality of suicide in such graphic detail in Season 1 was to tell the truth about the horror of such an act, and make sure no one would ever wish to emulate it,” show creator Brian Yorkey said in a statement before also mentioning that concerns from experts helped him reach this decision.

“No one scene is more important than the life of the show and its message that we must take better care of each other. We believe this edit will help the show do the most good for the most people while mitigating any risk for especially vulnerable young viewers,” he added.

A statement from our show creator Brian Yorkey. pic.twitter.com/J6XiD9LVkU

The decision to re-edit the scene was met with support from the American Association of Suicidology, American Foundation for Suicide Prevention, American School Counselor Association, Dr. Helen Hsu from Stanford, advocacy group Mental Health America, the Trevor Project and Dr. Rebecca Hedrick from Cedars-Sinai, according to THR.

“We support the decision to edit the scene in which Hannah takes her own life from 13 Reasons Why. There has been much debate about the series in the medical community,” the groups said in a joint statement. “But this positive change will ensure that 13 Reasons Why continues to encourage open conversation about mental health and suicide prevention — while also mitigating the risk for the most vulnerable teenage viewers.”

However, the move was met with mixed reactions online, with some arguing that the scene was painful but powerful and should have remained in the show.

Its disrespectful not to show the gruesomeness, sadness and pain of the suicide. Its supposed to be upsetting and guttural, the show was incredible and devastating. Editing the scene will make it easier to watch and not show the realism and suffering of an event like this.

I as a person who has tried to commit suicide twice I needed to see that scene now I will never try or even think about it because I deserve to be happy. Because of this show I no longer think of hurting myself thanks too this scene ive been 2 years clean of cutting myself-

Meanwhile, others said the scene should have been cut from the series a long time ago.

Its a little bit too late now don’t you think lmao.

It’s a bit too late now…stop making the show. We can talk about mental health and sucicide without dramatizing and glorifying it

If you or someone you know may be contemplating suicide, call the National Suicide Prevention Lifeline at 1-800-273-8255 or text TALK to 741741 for free, anonymous 24/7 crisis support in the US from the Crisis Text Line. Other international suicide helplines can be found at befrienders.org.

See what others are saying: (The Hollywood Reporter) (NPR) (The Washington Post)