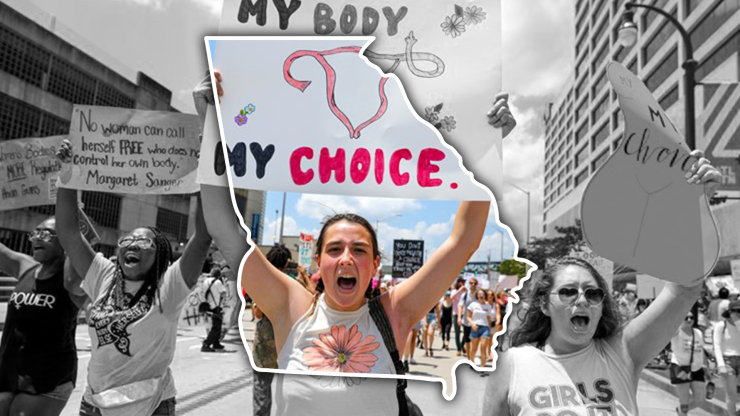 Abortion providers and pro-choice advocates filed a lawsuit against Georgia on Friday to block the state’s new “fetal heartbeat” law, which they argue is unconstitutional.

The law, which was signed by Georgia Gov. Brian Kemp last month, would ban abortions once a fetal heartbeat is detected. Heartbeat activity typically starts around six weeks, which critics of the law have noted is before many women know that they are pregnant.

Set to go into effect in January 2020, the law, known as H.B. 481, would be one of the most restrictive abortion measures in the United States.

The lawsuit was filed by the American Civil Liberties Union, Planned Parenthood, and the Center for Reproductive Rights on behalf of the abortion care provider SisterSong Women of Color Reproductive Justice Collective and several other providers.

The plaintiffs argue that the law is unconstitutional under Roe v. Wade, the 1973 Supreme Court decision that legalized abortion federally.

“H.B. 481 will prevent Georgians from exercising their fundamental constitutional right to decide whether to have an abortion prior to viability and will threaten other critical medical care for pregnant women.”

The lawsuit also says that the law is “an attack on low-income Georgians, Georgians of color, and rural Georgians, who are least able to access medical care.”

The plaintiffs note that Georgia already has one of the highest maternal mortality rates in the country and that black women are especially impacted.

A new study from the Center for Disease Control published last month found that, “Black and American Indian/Alaska Native women were about 3 times as likely to die from a pregnancy-related cause as White women.”

“In a state with a critical shortage of medical providers and some of the highest rates of maternal and infant deaths, especially among Black Georgians, politicians should focus on expanding access to reproductive care, not banning abortion before someone even knows they’re pregnant,” Talcott Camp, deputy director of the ACLU Reproductive Freedom Project said in a statement.

Legal Challenges in Other States

Georgia is one of several states that have recently passed restrictive abortion laws this year, though none have gone into effect yet.

Many of the laws have already been challenged in courts, and some have been blocked by judges. The Center for Reproductive Rights challenged a similar six-week ban in Mississippi, which was blocked by a judge early last month.

The ACLU has also challenged six-week abortion bans in Kentucky and Ohio, as well as a ban in Alabama that makes it illegal for doctors to perform abortions at any stage of pregnancy unless there are extreme health concerns.

However, anti-abortion activists and lawmakers welcome legal challenges, which they hope to eventually bring to the Supreme Court in order to directly challenge Roe v. Wade.

Gov. Kemp, who is named in the lawsuit, knew that the law would be challenged.

“I realize that some may challenge it in a court of law,” Kemp said at bill’s signing ceremony. “But our job is to do what is right, not what is easy. We are called to be strong and courageous, and we will not back down. We will always continue to fight for life.”

Georgia officials have not yet responded to the lawsuit publicly. When asked for a response, the Georgia Attorney General’s office told NPR on Friday, “that it cannot comment on pending litigation.”