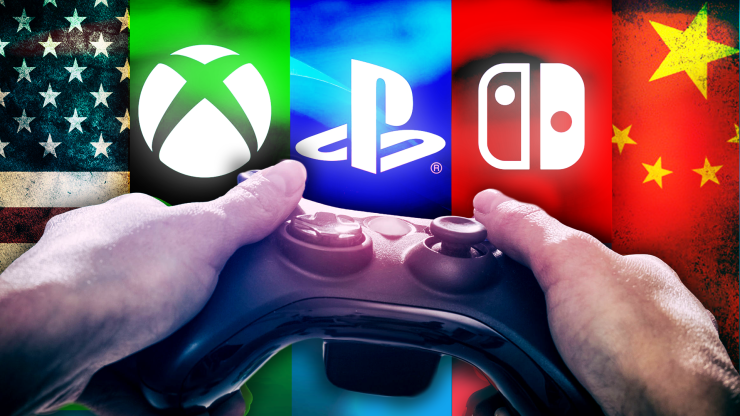 Sony, Microsoft, and Nintendo, three of the biggest video game console manufacturers in the world, wrote a joint letter to the U.S. Trade Representative, arguing that the proposed tariffs on Chinese goods would negatively impact the gaming industry.

“As leading video game console manufacturers, we submit this separate submission to highlight the enormous impact and undue economic harm that proposed tariffs on video game consoles would have on the entire video game ecosystem,” the letter sent on June 17 reads.

Their response refers to a proposal from President Donald Trump that would increase tariffs from 10% to 25% on Chinese imports. All three companies make their game consoles in China, meaning they could be hit with the tariffs. They are asking to be removed from the long list of products that would be impacted by this policy.

The letter states that “over 96% of video game consoles imported into the United States were made in China,”  and says that 60% of Americans play video games daily. It also notes that in 2018, the video game industry brought in $43.4 billion in revenue to the U.S. However, a price increase from the tariffs would drive the cost of a console out of a price range that most American families can afford.

The three rival companies also write about how the tariffs would not only impact video game consumers, but also those who work in the industry as well.  In 2018, video game publishers and developers employed over 65,000 workers at 2,700 different companies, according to Entertainment Software Association. The tariffs could put many of those jobs on the line.

“The harm to the thousands of U.S.- based game and accessory developers who depend on console sales to generate demand for their products would be equally profound” the letter explains.

It also includes a study from the economic group, Trade Partnership. Which shows, “even after accounting for new tariff revenue, the result is a net $350 million loss for the U.S. economy for each year the tariffs remain in effect, with the burden carried by U.S. consumers.”

While the companies did not mention what kind of increase an individual consumer may face, it is clear that these three rivals are worried about the tariffs.

Sony, Microsoft, and Nintendo are not the only ones concerned about the proposed tariffs. Apple has also spoken out and sent their own letter to the U.S. Trade Representative, also on June 17.

“U.S. tariffs on Apple’s products would result in a reduction of Apple’s U.S. economic contribution,” the tech company wrote.

Dell, HP, Intel, and Microsoft sent a letter that same day and in it they explain, “the tariffs will harm U.S. technology leaders, hindering their ability to innovate and compete in a global marketplace”

Earlier in June, the Trump administration conducted public hearings about the proposal in Washington D.C. According to reports, over 300 companies showed to testify against the tariffs.

The tariff increase was first proposed at the beginning of May and was set to take effect by June 1, but was delayed. The Trump administration announced the new deadline would be June 15, but yet again it was pushed back.

The president told reporters at a press conference on June 12 that he has “no deadline. Nobody can quite figure it out.”

On Wednesday, before leaving for Japan for the G20 Summit, President Trump said that a trade deal with China could be possible. However, reports say China is insisting the tariffs be lifted. China’s president, Xi Jinping, is also at the G20 Summit and is set to meet with President Trump on Saturday.

See what others are saying: (Tech Crunch) (Kotaku) (Business Insider)

Wayfair Donates $100,000 to Red Cross in Response to Employee Walkout