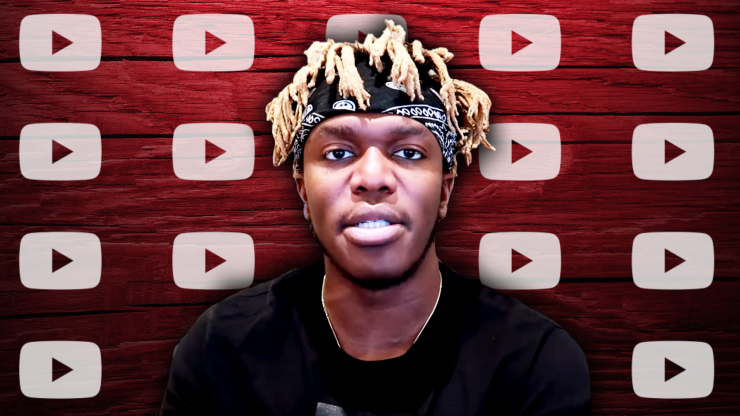 YouTuber KSI has responded to his brother Deji, who accused him of physically abusing him for jokes on his YouTube channel.

Last week, Deji posted a 40-minute video claiming that KSI would hit him with belts and other objects for their content on YouTube. He said that while some of the acts started out as a harmless joke, they eventually escalated to the point where he felt uncomfortable.

On Monday, KSI uploaded an 80-minute long video called “Ending it all” where he addressed the allegations his brother brought forward one by one. At the start of the video, he announced that the ad money would go to suicide prevention charities and included links to two U.K.-based organizations in the description.

KSI first addressed Deji’s claims about being punched and hit by a water bottle. He showed clips of these two things happening, where Deji can be seen laughing. KSI claimed that in these cases, the two were just “play fighting.”

He also shows a clip that Deji referenced, where he claimed he was hit by a belt. When the full clip is played, however, we can see that Deji and KSI are fighting over a belt, but no one is ever hit with it.

KSI then admits that the times where he threw a game controller and chair at his brother were real and says he should not have done that.

KSI then goes on to say that the physical violence was not one-sided. In Deji’s video, he showed clips of him being hit by KSI for a game called “FIFA Slavery.” KSI then shows clips where he is the one being hit by Deji.

According to KSI, this game was not a standalone event. He shows other clips of Deji hitting him for their YouTube videos.

He also says that in the cases where Deji was on the receiving end of the actions, he always seemed like a willing participant. He claims to have no idea that these games made Deji upset.

“I don’t know why it’s a problem now,” KSI says. “Maybe I took it too far sometimes, but not once did you ever bring it up that I made you feel uncomfortable.”

He later apologized to his brother for putting him in those situations.

“Either way, I’m sorry if you were uncomfortable with any of the videos we have made,” KSI said. “I would have hoped that you could have at least have told me at the time that you were not comfortable.”

Towards the end of the video, KSI addresses his decision to donate the money from ads to suicide prevention. He brings up his brother’s claim that their problems sent him to a “dark place” and made him wonder “what was the purpose of me living?”

He then addresses his fans watching and says, “You should never feel alone. And that’s why I’m giving all the money made on this video to suicide prevention.”

KSI closes the video by saying that even though he was frustrated by the way their problems unfolded in the public eye, he was still willing to work on them. He also told Deji that he loves him.

After the video was posted, Deji defended himself on Twitter and claimed he had no bad feelings towards his brother.

After the KSI uploaded his video, he tweeted that it was hit with a copyright claim from Logan Paul, a YouTuber KSI is known to have problems with.

In KSI’s video, he uses footage from Deji’s interview on Paul’s Podcast, ImPaulsive. Paul responded by tweeting back at KSI.

This tweet was later deleted. However, it looks like the claim may have been automatic and not done intentionally by Paul. He later tweeted that he would make sure the claim is removed.

However, many were upset that for any period of time, a video where the proceeds were meant to go to suicide prevention, could have not made money because of Paul. Paul famously ran into trouble when he made a video about Aokigahara, a forest in Japan that has been dubbed “the suicide forest.”

See what others are saying: (Newsweek) (Dexerto) (We The Unicorns)