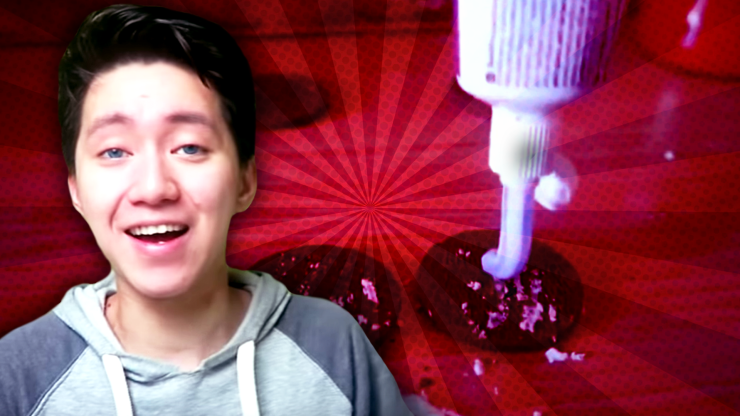 A 21-year-old Spanish YouTuber who pranked a homeless man by filling Oreo cookies with toothpaste was sentenced to 15 months in prison on Friday and now owes the victim 20,000 euros.

Kanghua Ren, known by his 1.2 million subscribers as ReSet, filmed a video in 2017 showing himself replacing the cream inside the cookies with toothpaste. The then 19-year-old repackaged the cookies and gave them to a homeless man who was outside of a supermarket, along with 20 euros, according to the Independent.

According to reports at the time, the homeless man who ate the cookie got sick and threw up soon after. He told the Spanish newspaper, El Pais, that he had “never been treated so poorly while living on the street.”

In the original video, which was later removed from YouTube, Ren that he “may have gone a bit far.” However, he also added, “Look at the positive side: this will help him clean his teeth. I think he hasn’t cleaned them since he became poor.”

After facing backlash for the video, the YouTuber and a friend returned to the homeless man to record another video. At that time they offered the man another 20 euros. The Independent reported that the two had the intention of filming a video with the man where they spent the night with him, but a witnessed called the police on them.

“People exaggerate over jokes in the street on a beggar, when surely if it’s done to a normal person they wouldn’t say anything,” Ren said in that video.

The man was later identified only as Gheorge L. According to El Pais, the man who is in his early 50s, was born in Romania and once worked as a shepherd before migrating to Barcelona.

According to Spanish police, Ren also offered the man’s daughter 300 euros in an attempt to get her to not pursue legal action against him.

Spanish Prosecutors were seeking a two-year prison sentence and pursuing an order for Ren to pay 30,000 euros in compensation to the man.

However, on Friday Ren was found guilty of violating the moral integrity of the homeless man. On top of his 15-month sentence and 22,000 euro compensation order, which amounts to about $22,300, the YouTuber was also ordered to shut down his YouTube channel for five years. El Pais reported that he was ordered to delete his channel during this period and is forbidden from creating a new account.

The paper also noted that he is unlikely to serve any time behind bars, as Spanish law normally allows sentences under two years for first-time offenders in nonviolent crimes to be suspended.

Ren defended himself by saying the video was just a bad joke which he has since tried to make amends over. “I do things to mount a show: People like what is morbid,” he told the court, according to reports from Spanish news outlets.

However, judge Rosa Aragones noted that Ren had earned more than 2,000 euros in advertising revenues from the Oreo prank and said, “This was not an isolated act.”

The judge said that Ren had also engaged in “cruel behavior” towards other “easy or vulnerable victims.” For instance, according to Spanish media, the YouTuber once offered sandwiches with cat excrements in them to children and elderly people in a park.

Ren recently uploaded a video to his channel on Sunday, where he warned his followed not to believe everything the media has reported.

“Do not believe everything the newspapers say, they are not completely false but they make up words to make people look bad (in this case me) and I have to upload a video explaining what happened,” he wrote in the video description in Spanish.

He said he plans on uploading a response on Monday or Tuesday. In the comment section of the video, Ren confirmed that the sentence was true, but says he will appeal.

See what others are saying: (The New York Times) (Fox News) (The Independent)