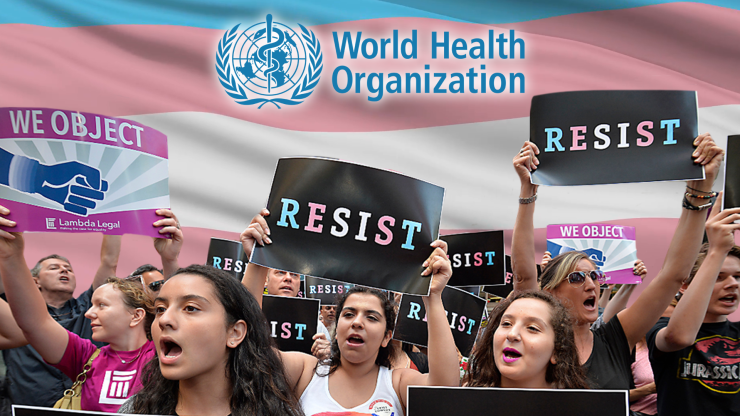 The World Health Organization has decided to no longer categorize being transgender as a mental disorder.

The WHO revised their International Statistical Classification of Diseases, or ICD, on May 25. In their new version, ICD-11, the group decided to remove the term “gender identity disorder” from its section on mental health. The group will instead use the term “gender incongruence” to describe being transgender. It will be included in ICD-11’s chapter on sexual health.

When discussions of switching the verbiage took place in June, Dr. Lale Say, a coordinator for the WHO’s Adolescents and At-Risk Populations Team, said she expects this choice will reduce stigmas associated with being transgender.

“It was taken out from the mental health disorders because we had a better understanding that this wasn’t actually a mental health condition, and leaving it there was causing stigma,” she said in a Q&A published by the WHO.

“So, in order to reduce the stigma while also ensuring access to necessary health interventions, this was placed in a different chapter, the sexual health chapter.”

This decision could have a serious impact on how medical professionals work with transgender patients. The ICD is one of the major publications used to set guidelines for healthcare worldwide. Another prominently used publication, which is made by the American Psychiatric Association, removed the term “gender identity disorder” back in 2012, and now uses the term “gender dysphoria.”

Some countries currently require a diagnosis of “gender identity disorder,” before their identity is changed on documents and other legal identification forms. The WHO is aiming to have their 194 member states implement ICD-11 into their practices by January 1, 2022.

Activists for transgender rights view this change as a big win for the community. Graeme Reid, an LGBT Rights Director at Human Rights Watch said this switch “will have a liberating effect on transgender people worldwide.”

“Governments should swiftly reform national medical systems and laws that require this now officially outdated diagnosis,” he said in a statement.

“We applaud the destigmatization of being trans on this international stage, and hope it leads to better access for trans people around the globe,” the group tweeted.

A joint statement from several international transgender rights groups published on GATE applauded the WHO, but still noted that there is more work to be done in removing stigmas for the community.

“It has taken us a long time to get here. Until a few years ago, removing pathologizing categories affecting trans and gender diverse people from the ICD-10 list of mental disorders seemed impossible. Today, we know that full depathologization can be achieved and will be achieved in our lifetime,” the statement says.

“The term ‘gender incongruence’ has been strongly contested by trans and gender diverse activists involved in the ICD reform process, and collective submissions on alternative wording and criteria have been made.”

See what others are saying: (CNN) (TIME) (CBS News)