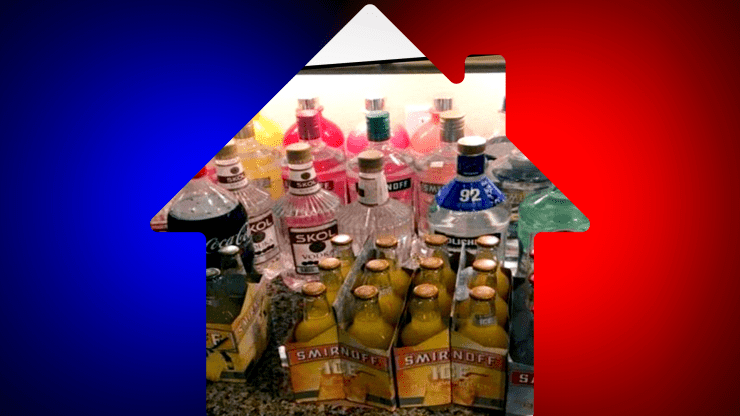 A massive post-prom party stocked with weed, alcohol, and stripper poles at an Airbnb in Florida was shut down by police hours before it was set to begin on April 12th.

Each student paid $80 which included a ride on one of the three party buses taking people to the house. The fee also gave access to party favors which like pre-rolled joints, jello shots, a variety of booze, and beer.

Bathrooms on the second and third floors of the house had been turned into makeshift bars that were stocked with alcohol. There was plastic covering the floors, stripper poles had been installed, balloons floated on top of the swimming pool, stereo speakers and strobe lights were set up, and garbage cans filled with ice were in the garage.

“My understanding was that they intended to have a Jello/bikini dancing contest,” said Lt. Ryan Grimsdale, according to the South Florida Sun Sentinel. “They were almost on the buses,” said Lt. Grimsdale “But they never got on the buses and the buses never left Palm Beach County.”

Breaking It Up Before It Starts

Martin County authorities heard about the party from a school security guard at West Boca Community High School. When they contacted the property manager for the Airbnb, she was “in awe and rather shocked” by the party preparations. Since the party violated the rental agreement, it was voided.

According to the incident report, Thomas Levin, 19, rented the property and admitted to organizing the bash, but said that he had no clue who “brought all of the liquor and drug paraphernalia.”  Because the sheriff’s office could not put the alcohol or drugs in anyone’s possession there were no arrests made.

However, a woman that lives down the road from where the party was to take place is conflicted about the way this all went down. “I was happy that it did not happen, but at the same time a little surprised that there were no arrests,” Natalia Martin told WPEC, “I wouldn’t trust that was enough of a deterrent for them not to do [it] somewhere else.”

See what others are saying: (Sun Sentinel) (WPEC) (CBS Miami)