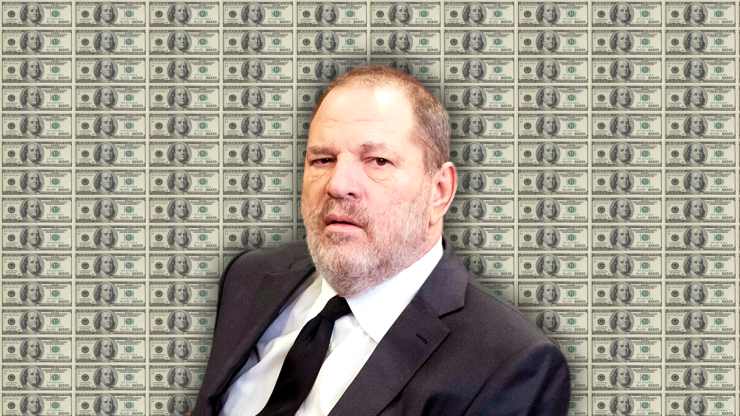 Harvey Weinstein and his former studio board have reached a tentative multi-million dollar deal with women who have accused him of sexual misconduct.

Adam Harris, a lawyer for Weinstein Co. co-founder Bob Weinstein, told a bankruptcy court judge on Thursday, “For the first time, as of yesterday…we now have an economic agreement in principle that is supported by the plaintiffs, the [New York attorney general’s] office, the defendants and all of the insurers.”

The Wall Street Journal and The New York Times both reported that a $44 million deal was proposed. Of the proposed sum, about $30 million would be distributed to the accusers, studio creditors, and former employees of Weinstein’s company. The remaining $14 would pay for legal fees that Weinstein’s associates faced, including board members who were named as defendants in lawsuits.

The money to settle the civil suits won’t come from Weinstein himself but instead will come from insurance policies.

The tentative deal came about a year of mediation hearing. However, according to the Times, the proposed sum is less than half of what was initially discussed as a victims’ fund last year between an investor group that was interested in buying assets of the Weinstein Co. and then New York Attorney General Eric T. Schneiderman.

The deal must still be approved by advisors who now run Weinstein Co. in bankruptcy proceedings. The outcome of this settlement will be especially significant because lawsuits are one of the main ways that Weinstein can be held responsible for his alleged actions.

“It’s been a long complex process and we do feel this settlement provides a measure of justice though it’s not everything one might hope for and it reflects a long effort to reach a compromise between different parties that have claims to some of the money from the whole Weinstein enterprise,” Aaron Filler, an attorney representing actress Paz de la Huerta, one of the plaintiffs, told the Times.

Weinstein, who has been accused of sexual misconduct by over 80 women, was one of the most powerful figures in Hollywood until 2017 when investigations from The New York Times and The New Yorker laid out numerous allegations of sexual harassment, abuse, and other forms of misconduct. Weinstein’s list of accusers includes high profile actresses like Ashley Judd, Rose McGowan, Angelina Jolie, Gwyneth Paltrow, and Cara Delevigne.

The accusations against Weinstein inspired more and more victims of abuse to speak out, sparking the massive #MeToo movement that has even reached industries outside of Hollywood.

Weinstein has denied the allegations and pleaded not guilty to rape and other sex crimes. However, since the settlement relates to civil lawsuits, it will not impact any pending criminal investigations against him.

He still faces a criminal case involving two accusers in New York, where he faces charges for rape and other crimes. Motions have been filed in that case to allow for other women to testify, which could help build a stronger case for prosecutors against the movie mogul.

In January of this year, a federal judge in California dismissed a sexual harassment claim filed by Ashley Judd. The judge sided with the defense lawyers who argued that the law cited in the lawsuit at the time of the alleged offense, did not cover movie producers like Weinstein. That marked the second instance where a judge dismissed the claims in Judd’s lawsuit.

The Weinstein Company filed for bankruptcy last year feeling the burden of the lawsuits brought forth by accusers, who say that Weinstein Co. had also engaged in and allowed for misconduct.

See what others are saying: (The New York Times) (The Wall Street Journal) (Fox News) 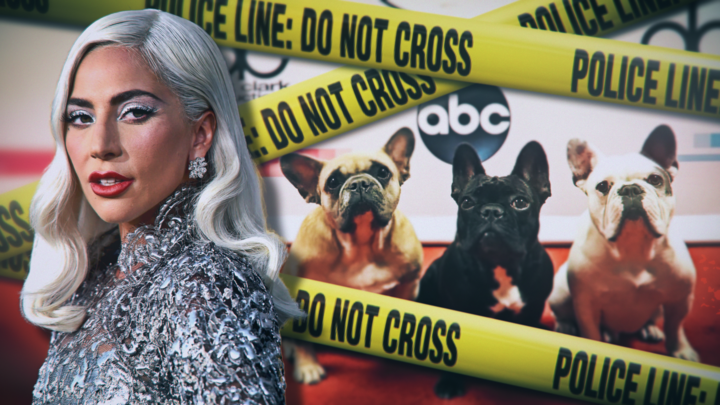 Lady Gaga’s dog walker was shot and robbed of the singer’s two French bulldogs in Los Angeles Wednesday night, according to TMZ.

The incident happened at around 9:40 p.m. and the suspects remain at large. The victim, 30-year-old Ryan Fischer was transported to the hospital in unknown condition, though he appeared responsive when talking to authorities at the scene.

Aerial footage from ABC7 shows Fischer lying on the sidewalk as responders rushed to help him, cradling Gaga’s third dog who managed to run away from the attackers.

Tabloids initially reported that Fischer was shot in the chest four times and was recovering well, but authorities have not explicitly confirmed many details about his condition at this point.

TMZ then released a graphic surveillance video Thursday of the entire ordeal. The footage shows Fischer being grabbed by the robbers, who appear to shoot him once before driving off in a white car with two of the three dogs he was walking.

In the video, Fischer can be heard desperately calling out for help, saying he was shot in the chest.

Authorities said it wasn’t yet clear if the suspect knew the dogs belonged to Gaga, noting that French Bulldogs are often targeted because they’re expensive and in high demand.

According to TMZ, Gaga, who is currently in Rome shooting a new movie, is “extremely upset.” Several outlets claim she is offering a $500,000 reward for the safe return of her pets “no questions” asked.

An email address has also been created for anyone who may have information about the case: KojiandGustav@gmail.com. 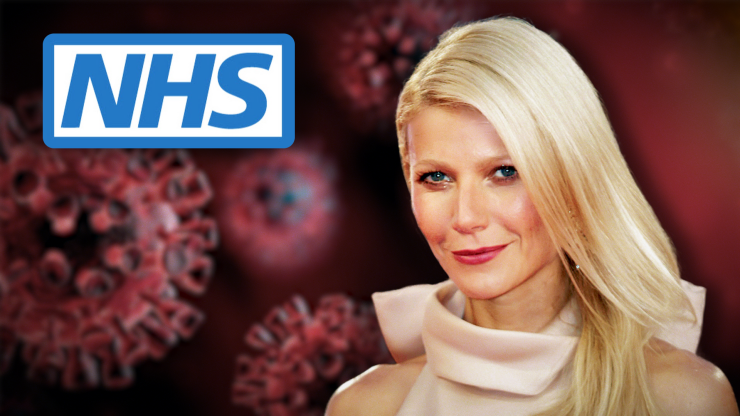 A top health official in the United Kingdom is urging people against the recommendations that actress Gwyneth Paltrow shared for dealing with long-haul effects of COVID-19.

Paltrow, who is the founder of the wellness blog Goop, wrote in a recent post that she caught COVID-19 early on and it left her with long-term brain fog and fatigue.

She also said she had high levels of inflammation in her body, so she consulted Dr. Will Cole, a “functional medicine practitioner” who is not a medical doctor, rather a “doctor of natural medicine,” to find a solution. She began his “intuitive fasting” protocol, which is a keto and plant-based, but “flexible,” diet that requires her to fast every day until 11:00 am.

Paltrow recommended several foods and other products that fit in with this lifestyle, including sugar-free kimchi, sugar-free kombucha, and frequent use of coconut aminos. She also said she has been doing an infrared sauna and drinking sugar-free, alcohol-free and calorie-free cocktails called Seedlip. (She added that she prefers to drink those out of a $112 old fashioned glass, which is currently sold out on Goop’s website.)

Paltrow, of course, also touted some of Goop’s own vitamin products. She said that the Madame Ovary supplement and G.Tox Detoxifying Superpowder, in particular, are “critical for me right now.”

She added in her post that she has more energy as a result. “Everything I’m doing feels good, like a gift to my body,” she wrote.

However, Professor Stephen Powis, a senior National Health Service official, is not so sold on her regimen.

“In the last few days I see Gwyneth Paltrow is unfortunately suffering from the effects of Covid. We wish her well, but some of the solutions she’s recommending are really not the solutions we’d recommend in the NHS,” he said, according to a BBC News report.

“We need to take long Covid seriously and apply serious science,” he continued. “All influencers who use social media have a duty of responsibility and a duty of care around that.”

When it comes to what people with long-term COVID-19 symptoms should be doing, many health officials have recommended going to post-COVID clinics. Research on long-term coronavirus cases is still ongoing and trips to these clinics can aid that research and hopefully provide patients with some answers.

This is far from the first time Paltrow, who has recommended vaginal jade eggs and sells expensive vitamin supplements, has come under fire for her medical advice. It is also not the first time her remarks regarding the coronavirus pandemic have faced backlash.

In a recent interview with The New York Times, she seemingly suggested that mask-wearing became a trend after she wore one in February, long before they became mandated in the U.S.

“This is a familiar pattern in my life,” she told the outlet. “I do something early, everyone is like, ‘What is she doing? She’s insane.’ And then it’s adopted by the culture.”

See what others are saying: (BBC News) (The Guardian) (The Hill) 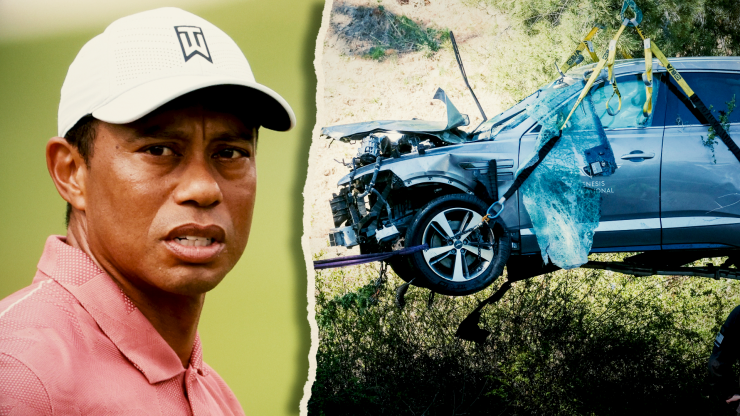 Golf star Tiger Woods was rushed to a hospital in Los Angeles County Tuesday morning after he was involved in a single-car crash.

Authorities say he was driving at a “greater speed than normal” on a downhill and curved road that is a known trouble spot for accidents.

Woods reportedly hit a median strip on the two-lane road, then traveled several hundred feet, rolled over multiple times, and came to a rest in the brush on the opposite side of the road.

Representatives for Woods issued a statement on social media last night, saying he was awake and recovering in a hospital after undergoing a long surgery.

The Chief Medical Officer at UCLA Medical Center said in the statement that both bones in Woods’s lower right leg, the tibia and fibula, had been broken in multiple places and were “open fractures,” meaning they pierced his skin.

They said doctors had “stabilized” the breaks by placing a rod into the tibia. Additional bones in Woods’s ankle and foot were also injured and were “stabilized with a combination of screws and pins.”

The statement did not mention any injuries to Woods’s left leg, though the county’s fire chief said earlier in the day that Woods had suffered serious injuries to both legs.

After seeing the crash site, LA County Sheriff Alex Villanueva said it was “nothing short of a miracle” that Woods was alive.

Authorities believed Wood’s seat belt, along with safety features in his SUV, likely saved his life.

The crash comes as Woods was recovering from his fifth back operation, which took place last month. It marks a devastating blow to the golfer, who was hoping to recover and compete in another tournament this April.

See what others are saying: (The New York Times) (ESPN) (CNN)