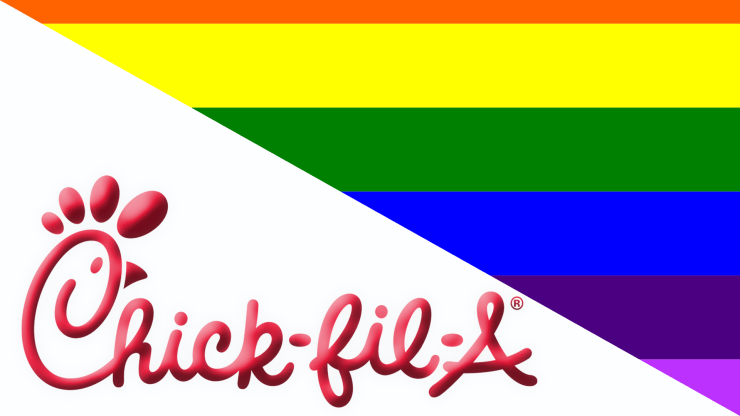 What Started the Bill?

The Texas House passed a piece of legislation on Monday dubbed the “Save Chick-fil-A” bill.

The bill was created after the San Antonio City Council voted to block a Chick-fil-A from opening in the city’s airport. City Councilman Roberto Treviño released a statement saying that San Antonio does “not have room in our public facilities for a business with a legacy of anti-LGBTQ behavior.”

The anti-LGBTQ behavior he referred to includes Chick-fil-A’s reputation for donating to groups with anti-LGBTQ agendas. According to ThinkProgress, the company gave $1.8 million to a variety of charities known to promote anti-LBGTQ messaging in 2017. One of the charities, The Fellowship of Christian Athletes, received $1.6 million dollars, and bars employees from participating in “homosexual acts.”

What Does the Bill Say?

Texas Republicans disagreed with San Antonio’s vote. Attorney General Ken Paxton opened an investigation into whether or not this violated the first amendment, while members of State Congress started drafting a controversial piece of legislation.

Their bill says that the government cannot take any “adverse action” against a person or company based on their “sincerely held religious belief or moral conviction.”

Getting the bill to this point was not easy for Texas politicians. A version drafted by the House was killed by Democrats earlier in the month. The state’s Senate then pushed its own version though, which passed on Thursday with a vote of 19-12.

According to NBC News, the vote was held without prior notification, meaning that the public did not have the opportunity to provide their take on the bill before the vote took place.

On Monday, the bill then passed in the House with a vote of 79-62, with only one Republican voting against it. The House ended up making some changes to the legislation before giving it their okay. Their amendment removed a section that gave the state’s attorney general the right to bring forward lawsuits against cities to “enforce compliance.”

Democrats fear that this bill will allow for discrimination against the LGBTQ community in the state. Texas’ LGBTQ Caucus fought against the bill, which was debated for two hours on the house floor on Monday.

During the debate, a member of the caucus, Rep. Erin Zwiener, said that the bill would be an attack on LGBTQ Texans.

“Members, this bill is here, being debated on the floor today, to make LGBTQ Texans feel less than, to make us feel attacked by our government,” she said.

Rep. Julie Johnson, an out lesbian and one of the founders of the LGBTQ caucus also spoke out against the bill. Johnson told NBC News it was a “concerted effort to violate the constitutional protections that we’ve had for centuries with the separation of church and state.”

However, Republicans maintain that the bill is about protecting religious freedoms and companies like Chick-fil-A. Rep. Matt Krause, who sponsored the bill, said that it does not discriminate.

The House is expected to toss the bill back to the Senate on Tuesday for final approval of the changes. Once the Senate approves the House’s changes, it gets sent over to Gov. Greg Abbott’s desk.

Abbott has already indicated his support for the bill. On Monday he tweeted he would let us know if he would sign the bill after eating dinner, along with a photo of a Chick-fil-A cup on his desk.

However, even if he passes it, some think it will see blocks in court.

“I have no doubt that if passed, SB 1978 will be fought in the courts at every level and at great expense to the taxpayers.” Rep. Johnson said. “To vote yes today is to put your signature on that invoice.”