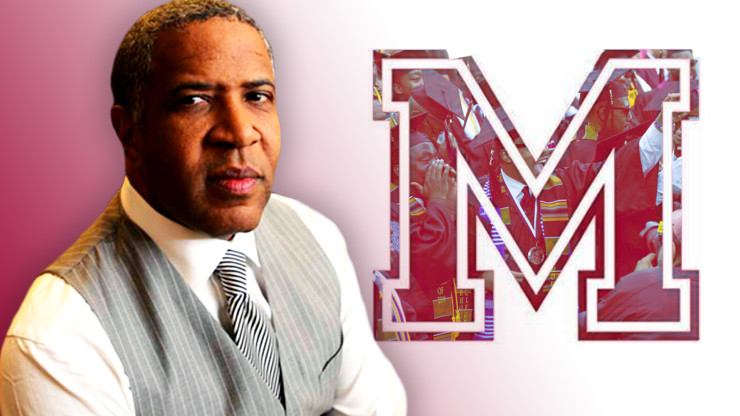 Billionaire tech investor and philanthropist Robert F. Smith said he will pay off the student debt for all graduates in Morehouse College’s class of 2019.

Smith announced the news on Sunday while delivering the commencement address at the all-male historically black college in Atlanta, Georgia.

“On behalf of the eight generations of my family who have been in this country, we’re gonna put a little fuel in your bus,” he said. “This is my class, 2019. And my family is making a grant to eliminate their student loans.”

His announcement shocked the nearly 400 graduates, who reacted with cheers and applause.

One graduating student named Aaron Mitchom told the Associated Press that he had drawn up a spreadsheet to calculate how long it would take him to pay off his $200,000 in student debt. According to his math, it would take him about 25 years.

“I can delete that spreadsheet,” he told the AP after the commencement. “I don’t have to live off of peanut butter and jelly sandwiches. I was shocked. My heart dropped. We all cried. In the moment it was like a burden had been taken off.”

Brandon Manor, another graduate, told the New York Times, “Now all of a sudden, I can look at schools I might not have considered, because I am not applying with about $100,000 in undergraduate loans.”

Who is Robert F. Smith?

Smith, the founder and CEO of the private equity firm Vista Equity Partners, is worth an estimated $5 billion and is the richest black man in America, according to Forbes.

The 56-year-old who originally hails from Colorado but now lives in Austin went to Cornell for his undergraduate degree and earned a B.S. in chemical engineering. Afterward, Smith earned his MBA from Columbia Business School.

He went on to work for several companies like Kraft General Foods and then Goldman Sachs, advising companies like Apple and Microsoft before founding his own investment firm.

What does this gift mean?

Smith’s pledge stunned administrators, who called it the largest single gift in the school’s history. The donation also comes at a time where student loan debt has soared to roughly $1.5 trillion, according to recent Federal Reserve data.

Morehouse President David A. Thomas called the gesture “a liberation gift,” telling CNN, “When you have to service debt, the choices about what you can go do in the world are constrained.”

“(Smith’s gift) gives them the liberty to follow their dreams, their passions.”

According to Thomas, the total amount of student debt for the class is still being calculated but the Associated Press estimated that the gift is worth about $40 million.

In return, Smith says he expects the graduating class to pay it forward to give future classes the same opportunity one day.

“Let’s make sure every class has the same opportunity going forward, because we are enough to take care of our own community,” he said.

The billionaire tech executive has managed to stay under the radar for much of his career. While this major donation has thrust him into the spotlight, it is far from his first generous gift.

In 2016, he pledged a $20 million gift to the National Museum of African American History and Culture. That same year, he donated $50 million to Cornell University to go towards its chemical and biomolecular engineering school, and to support black and female engineering students.

In 2017, Smith signed The Giving Pledge, a commitment by some of the world’s richest people – including Bill and Melinda Gates and Warren Buffet – who have promises to giving most of their wealth to philanthropy. In 2018, he gave $2.5 million to the Prostate Cancer Foundation to focus on research and care for African-American men and veterans with prostate cancer.

Before Sunday’s graduation speech, Smith had already donated $1.5 million to Morehouse for scholarships and a new park.

See what others are saying (The New York  Times) (Forbes) (Time)