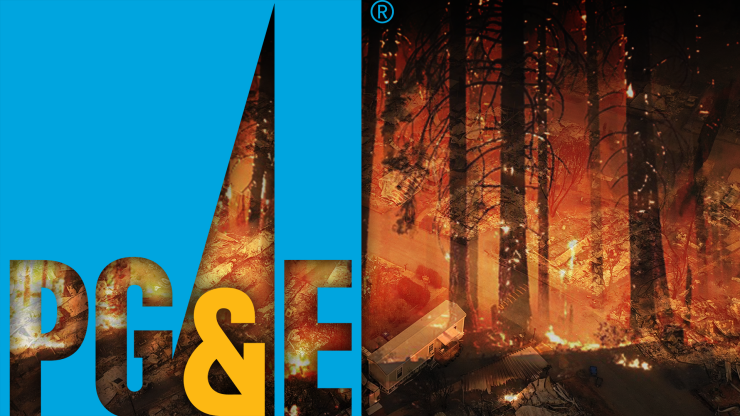 The California Department of Forestry and Fire Protection said Wednesday that their investigations found Pacific Gas and Electric responsible for starting the deadly Camp Fire.

The fire burned through Paradise, California in November, killing 85 people, burning over 150,000 acres, and destroying close to 19,000 structures. It is considered to be the worst wildfire in the state’s history.

Cal Fire sent out a news release saying that investigators were immediately dispatched to determine the cause and origin of the wildfire.

“After a very meticulous and thorough investigation,” the statement read, “CAL FIRE has determined that the Camp Fire was caused by electrical transmission lines owned and operated by Pacific Gas and Electricity (PG&E) located in the Pulga area.”

Cal Fire said it also identified a second ignition point where dry vegetation and electric wires also owned by PG&E started another fire that was later engulfed by the first.

Cal Fire did not release their full report, but it was forwarded to Butte County District Attorney’s Office. The Butte County D.A. could press criminal charges against PG&E, which is the largest electric utility in the state, servicing 16 million people.

On Wednesday, after the findings were reported, PG&E released a statement on their website paying tribute to the Camp Fire’s victims.

“Our hearts go out to those who have lost so much, and we remain focused on supporting them through the recovery and rebuilding process,” PG&E said in their statement. “We also want to thank the brave first responders who worked tirelessly to save lives, contain the Camp Fire and protect citizens and communities.”

The company also emphasized plans to work toward safer practices via their Community Wildfire Safety Program.

“We remain committed to working together with state agencies and local communities to make our customers and California safer,” they said.

Their program will include enhanced vegetation management practices, inspections of electric infrastructure, and building a more resilient electric system, among other things.

PG&E was prepared to be found liable for the tragic fire. In January, the company filed for bankruptcy. PG&E said it anticipated close to $30 billion in damages from wildfires, including the Camp Fire, and other fires that raged through Northern California between 2017 and 2018.

In February, PG&E outlined their potential involvement in starting the Camp Fire in their annual earnings report. They stated that costs they might have to cover include property damage, business interruption, suppression costs, evacuation costs, medical expenses, personal injury damages, and punitive damages.

PG&E’s bankruptcy filing process has seen some bumps in the road. On Wednesday, California Governor Gavin Newsom requested that the judge overseeing their case strictly limit the time in which they can develop and bring forward its turnaround plan.

Gov. Newsom is one of many critics of PG&E, and how the company has handled their role in California’s wildfires. When PG&E filed for bankruptcy, they filed for Chapter 11 protections. This allows them to function as a business while they rework their financial situation. It also halts ongoing lawsuits. This decision sparked protests, with many saying this would only further hurt the victims of the fire.

In a court filing Wednesday, Newsom recommended to a judge that PG&E only be allowed to extend their exclusive filing period to August 15. Previously, the company had requested to bump the period from the end of May to the end of November.

“Allowing PG&E to continue a business-as-usual approach without any accountability would only encourage PG&E’s distressed-investors to leverage the Chapter 11 Cases to their benefit and to the detriment of existing and future wildfire victims,” Newsom’s attorneys said in the filing.

College Board Will Add “Adversity Score” for SAT Test Takers