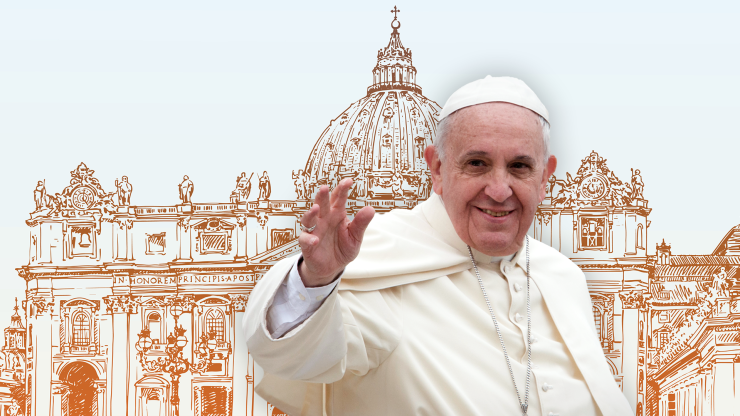 Pope Francis on Thursday issued a new law that requires all priests and nuns in the Roman Catholic Church worldwide to report cases of clergy sexual abuse to their superiors.

The new law provides protections victims who come forward and requires that diocese have a system in place to confidentially receive claims. It also outlines procedures for preliminary investigations when the accused is a bishop, cardinal, or religious superior.

According to the law, priests and nuns who have “well-founded motives to believe” that a cleric or sister has performed certain acts, must report them.

Those actions include sexual acts with a minor or vulnerable person, forcing an adult “by violence or threat or through abuse of authority, to perform or submit to sexual acts,” and the production, possession or distribution of child pornography, as well as any efforts to cover up any of those acts.

This law is the first time that a universal church rule has required that clergy follow local civil reporting requirements. Previously it was left up to individual priests and nuns to decide whether or not to report.

The Pope also mandated that victims be must be listened to and supported by the hierarchy, as well as offered spiritual, medical, and psychological assistance. Even though investigations are still to be conducted confidentially, victims cannot be required to keep quiet about their allegations.

If implemented fully this will likely mean the Vatican will see a large amount of abuse and cover-up allegations, since the law can be applied retroactively. The law takes effect on June 1 and dioceses will have one year to implement an accessible confidential reporting system.

This move by the Pope is seen by many as the first concrete response from the Catholic Church to decades of allegations of sexual abuse and cover-ups. Even the inclusion of adult victims of abuse in the law is seen as a response to the reports of sisters being sexually assaulted by priests.

Still, victims and their advocates have criticized the law for not requiring incidents to be reported to police. However, the Vatican has consistently argued that doing so could endanger the church in places where Catholics are persecuted. The global victims’ group, Ending Clergy Abuse (ECA), said the Vatican shouldn’t hide behind this argument.

“The church should establish the law for reporting and justify the exception,” said ECA’s Peter Iseley. “Instead, they are using the exception as a pretext for not reporting sexual abuse to civil authorities and to keep abuse secret.”

Some feel that this new law is being over-hyped because the Pope has always had the ability to defrock, demote, and discipline, but often chooses not to.

“We’re already seeing this ‘new’ church plan described as ‘groundbreaking’ and ‘sweeping,’ but that’s irresponsible,” David Clohessy, the former director of Survivor Network of those Abused by Priests told NBC News. “These are promises, plain and simple. They might lead to change. They might not. But children need concrete action, not more pledges from a complicit church hierarchy.”

Another concern is that the law does not lay out punitive measures if someone does not comply with the new rules. However, bishops and superiors can be accused of cover-ups or negligence if they do not implement the new provisions or if they retaliate against anyone that reports an incident.

See what others are saying: (AP News) (The New York Times) (NBC News)

China Retaliates With Tariffs on $60 Billion of U.S. Goods