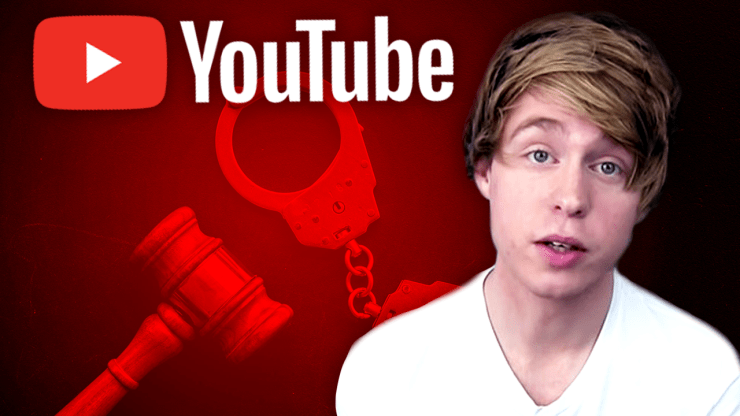 Austin Jones was sentenced to 10 years in prison on Friday for asking underage girls to send him explicit videos in order for them to prove that they were his biggest fans. The sentence from U.S. District Judge John Lee is twice as long as the mandatory minimum sentence, which is what the defendant’s lawyers were seeking.

“I don’t think it’d be an exaggeration to say the victims here were probably some of his biggest fans, who cared so much about him, and yet for whom Mr. Jones cared so little,”  said Judge Lee at the sentencing hearing.

Jones’ lawyers were seeking the minimum sentence of five years in consideration of his history of abuse at the hands of his father and his commitment to therapy. However, Judge Lee said “I realize that you yourself suffered a great deal while you were growing up, and I’m deeply sorry for the treatment you received from your own father, but Mr. Jones, you of all people should know the tremendous harm that you were causing these girls that you targeted and preyed upon when you were doing it.”

Judge Lee did allow Jones to stay at home until a hearing Monday for the judge to hear from Jones’ mental health treatment providers.

Jones grew to fame on YouTube for posting acapella covers of popular songs, but back in 2015 accusations emerged that the singer was asking underage fans to send him videos of themselves. He addressed the allegations saying that he did request twerking videos, but denied going any further. “There were never any nudes, never any physical contact,” Jones said in a video posted to his channel about the accusations.

Then in 2017, Jones was arrested for soliciting explicit videos from two underage girls. One girl was 14-years-old and the other was 15. Throughout their interactions, Jones would acknowledge how young the girls were and gave them specific instructions on what to do in the videos they sent to him in order to prove they were his biggest fans.

In one message to a 14-year-old girl, he said, “At the beginning, get super close and say these lines: hey Austin, it’s (name) and this butt is (age) years old and then make it clap for 30 seconds. Got it?”

In February Jones pled guilty to one count of “receipt of child pornography” as part of a plea agreement. At that time he also admitted to getting six underage girls to send him explicit videos and said that on 30 separate occasions, he attempted to get other young girls to do the same.

See what others are saying: (Chicago Tribune) (BBC) (NBC)