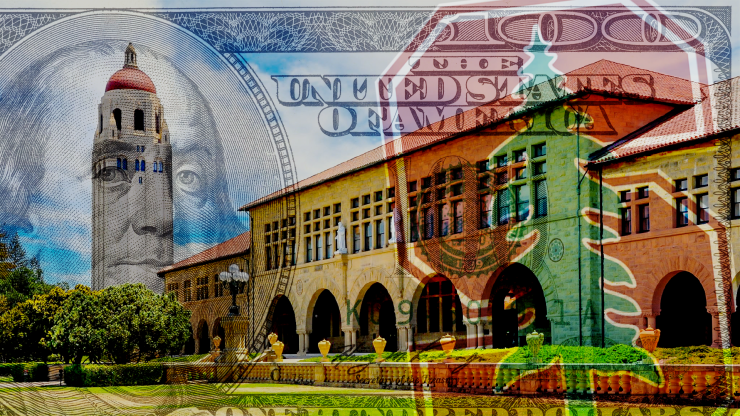 A mother who paid $6.5 million to Rick Singer in the college admissions scam says she thought the money would be given to Stanford University as a donation for scholarships, staff salaries, and other school programs.

The Zhao’s, a Chinese family worth over a billion dollars, claim they were unaware that Singer was the mastermind behind a massive scam to get wealthy kids into prestigious schools. Singer used this money to get their daughter, Yusi, admitted into Stanford as a competitive sailor, despite her having no history with the sport.

Yusi’s mother gave a statement via her lawyer where she said she was under the impression that her donation would be “in the same nature as those that many affluent parents have been doing openly to prestigious universities.”

“Her generosity has been taken advantage of,” the statement continued.

Mrs. Zhao also said she was not familiar with the logistics of applying to college in the United States. She allegedly believed that the fake foundation Singer created to pull off his massive scam was real when she gave him money.

Right now, the Zhao family is not facing charges. According to Stanford, Yusi’s admittance has been revoked as of April. According to a statement, the school, “determined that some of the material in the student’s application to Stanford was false, and rescinded the admission of the student.”

While the school did not name Yusi in the statement, several news outlets identified her as the student in question. Mrs. Zhao also confirmed that they were the family behind the $6.5 million payment in her lawyer’s statement.

Stanford also added that they did not receive the Zhao’s payment. “It’s important to clarify that Stanford did not receive $6.5 million from Singer, or from a student’s family working with Singer,” they posted on Wednesday.

“Stanford was not aware of this reported $6.5 million payment from the family to Singer until today’s news reports.”

The college admissions scandal, dubbed “Operation Varsity Blues” is the largest scam of its kind in U.S. history. At least 50 people have been charged in the investigation, including famous actors like Lori Loughlin and Felicity Huffman.

Fourteen parents have entered guilty pleas so far. Singer has also pled guilty to several charges. According to a report from the New York Times on Thursday, federal prosecutors could be investigating more individuals.

Victim of UNCC Shooting Hailed as Hero for Tackling Gunman