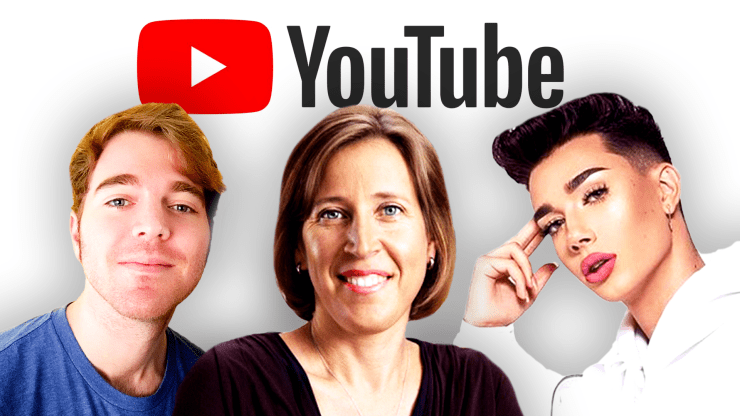 One of the biggest complaints from users is that it is unclear what gets a video demonetized. To make things clearer, the company says it plans to make the guidelines more detailed. This would give creators a better idea of what will make their content ineligible for monetization and help them to make more informed choices.

Wojcicki also touches on the trending page and how videos are chosen, saying that the list is meant “to show content a wide range of viewers would find interesting.” The CEO said the company is “especially careful about the safety of these videos” and ensures they don’t contain profanity or mature content.

“Eligible videos are then ranked based on a calculation of their “temperature”—how quickly that video is generating views,” Wojcicki added.

After receiving complaints about what is often selected for the trending page, Wojcicki says that moving forward, at least half of the videos included will be from a “diverse set” of YouTubers. The rest will be from music and traditional media.

Another place that has caused many headaches for YouTubers is the Manual Claims System, especially when someone will claim a few seconds of a video and take all of the revenue from it. After hearing about these issues directly from creators, Wojcicki says that they are “exploring improvements in striking the right balance between copyright owners and creators.”

Wojcicki says that they are also going to “do more to discourage” creators from harassing each other, after hearing stories of threats and doxing. She also says the company is working to better communicate with creators by listening to feedback, adding new features to the YouTube Studio Beta, and updating the community guidelines strike system that rolled out in February.

Wojcicki also talks about the balancing act of trying to maintain an open platform, while at the same time managing community guidelines and being a responsible company. One situation that many have been discussing is YouTube’s reaction to the spotlight on pedophiles in comment sections back in February.

The platform decided to remove comments from many videos that included young children. Many impacted channels have spoken out against this, feeling that they have been unfairly targetted. Wojcicki says that she understands the impact that this had, but added, “in the end, that was a trade-off we made because we feel protecting children on our platform should be the most important guiding principle.”

She also talked about the balancing act in regards to YouTube’s response after the attack in Christchurch, Newzealand, where a gunman killed 50 people at two mosques. The shooter live streamed his attack on Facebook, but reuploads quickly appeared on YouTube. YouTube tried to keep videos with violent imagery of the attack off of the platform. While removing these videos, they also removed some videos that didn’t violate the community guidelines, like news and commentary videos which were reinstated after an appeal. According to Wojcicki, “given the stakes, it was another trade-off that we felt was necessary.

See what others are saying: (The Verge) (Billboard) (TechCrunch)