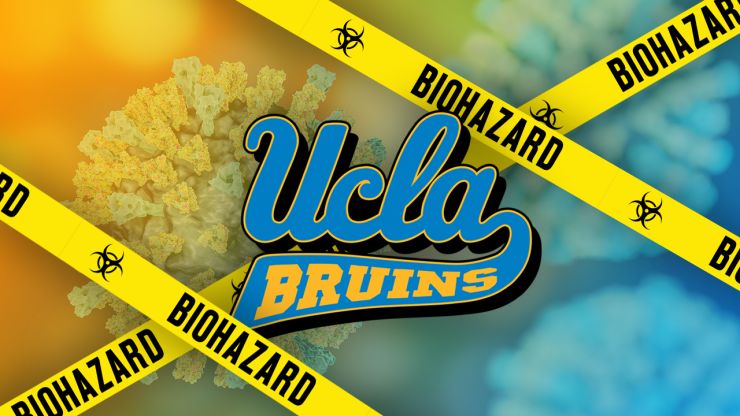 “In this situation, for those exposed to a confirmed case of measles who could not provide evidence of two doses of measles immunizations or lab verified immunity to measles, a Health Office Order for quarantine is being issued,” according to a press release from the Department of Public Health.

The order explains that those who have been exposed to measles should remain in their homes, notify Public Health of their symptoms, and avoid all contact with others. The quarantine can last up to 21 days from the date of exposure. After that time, individuals who have been exposed to measles are no longer at risk of contracting or spreading the disease.

The LA County Department of Public Health also reiterated in its statement how contagious the illness is, noting that a sneeze or cough can remain in the air, spreading the virus for up to two hours. It also stated that approximately 90 percent of people exposed to the disease develop measles within seven to 21 days of the exposure.

The Los Angeles Times reported that more than 900 students and staff members at Cal State LA and UCLA were quarantine this week and told to stay home. However, as of Friday, that number had dropped to about 700 as people proved they had received the vaccine. All of these quarantines stem from the five confirmed cases in L.A. County this year, which include a UCLA student and a Cal State L.A. student, according to the Times.

UCLA said in a statement about the outbreak that eight faculty members and 119 students were quarantined by the Department of Public Health. On Thursday, 45 of those patients were released once UCLA was able to prove their immunity to the disease. On Friday morning, school officials announced that only one student remains in quarantine.

The University said that most people are expected to remain quarantined for only 24 to 48 hours until they can prove they have been immunized, though a few may have to remain in quarantine for seven days.

However, Cal State LA said in a statement that they intend to follow the Department of Public Health protocol, and enforce the 21-day quarantine.
“When Public Health identifies a person who has been exposed to measles and does not have written verification of two vaccination doses,” Cal State LA wrote in their statement. “They will be subjected to quarantine of up to 21 days from the date of exposure. This will be enforced by a Health Officer Order.”

According to the Center for Disease Control, measles was eliminated from the United States back in 2000. California, with its high tourist rates, was still at risk since the virus is mostly spread through travel. The CDC says measles is a common disease throughout the world and advises against traveling internationally without the vaccine.

The California Department of Public Health and all the University of California schools began to create new policies in an attempt to combat the spread of preventable diseases. These efforts included requiring incoming students to receive vaccinations for certain communicable diseases including measles.

The statement from the Department of Public Health also encouraged unvaccinated individuals to get immunized. The statement noted that the measles vaccine MMR is 97 percent effective and encourages everyone to receive their immunizations.

For more information about the measles vaccine, please visit: https://www.vaccines.gov/diseases/measles

See what others are saying: (The New York Times) (CNN) (Los Angeles Times)