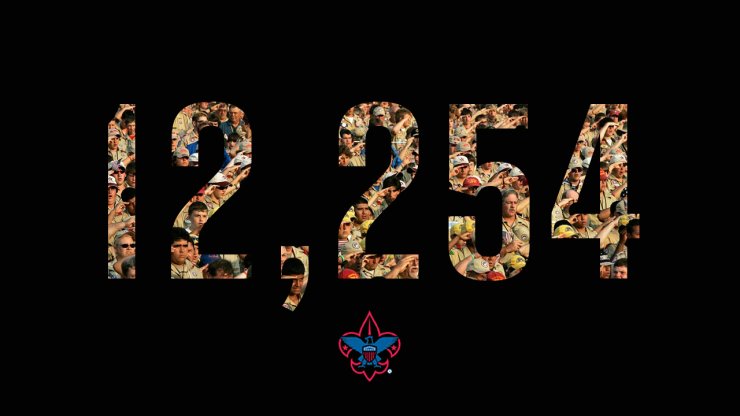 Expert testimony revealed that Boy Scouts of America has documents for more than 7,800 individuals allegedly involved in sexually abusing members.

Dr. Janet Warren gave testimony for a trial about child sex abuse at a Minnesota children’s theater company in January. There she revealed that she has been working for the last five years to evaluate the Boy Scouts’ handling of sexual abuse allegations from 1994 through 2016.

Warren and her team went through the organization’s ineligible volunteer files, which are sometimes called the “perversion files.” According to Warren they “found 7,819 perpetrators who they believe were involved in sexually abusing a child.”

“From reviewing all these files, we identified 12,254 victims,” Warren added.


This is not the first time the public has heard about the Boy Scouts’ perversion files. In 2012, as part of an Oregon case, more than 14,000 pages of documents were released in connection with abuse by 1,247 scout leaders. That same year, the Los Angeles Times published a database of 5,000 men and a small number of women that were expelled from the Boy Scouts in connection with sexual abuse. However, this is the first time that the full scope of the alleged abuse has been made public.

Victims’ Rights Attorney Jeff Anderson, who brought attention to Warren’s testimony, said that he plans to sue the Boy Scouts of America to get a full release of documents relating to abuse allegations.

In a press conference Tuesday he said that the Boy Scouts of America have never released the names of alleged abusers to the public. “They never alerted the community that this teacher, this coach, this scout leader who is also a priest or an electrician, is known to be a child molester,” Anderson explained.

Anderson also said that he and other attorneys have compiled lists of accused abusers, 130 in New York and 50 New Jersey. However, they expect these numbers to rise as more information comes out and more victims step forward.

Anderson also said that he and other attorneys have compiled lists of accused abusers, 130 in New York and 50 New Jersey. However, they expect these numbers to rise as more information comes out and more victims step forward.

Anderson says that he plans to file lawsuits after August 14, which is when the New York’s Child Victims Act will go into effect. The act opens up the statute of limitations on felony child sexual abuse and provides a one-year “look back period” to seek civil action no matter when the abuse occurred, among other things.

After the information was released, the Boy Scouts of America issued a statement apologizing to anyone that has been abused while apart of their organization.

“At no time have we ever knowingly allowed a perpetrator to work with youth, and we mandate that all leaders, volunteers and staff members nationwide immediately report any abuse allegation to law enforcement,” the statement read.

The organization says they reported all individuals removed from Scouting to law enforcement and said that the names that Anderson and his associates compiled their information from are all publically available.

The Boy Scouts of America also said that they will provide unlimited counseling for victims and have a toll free number for victims to call.