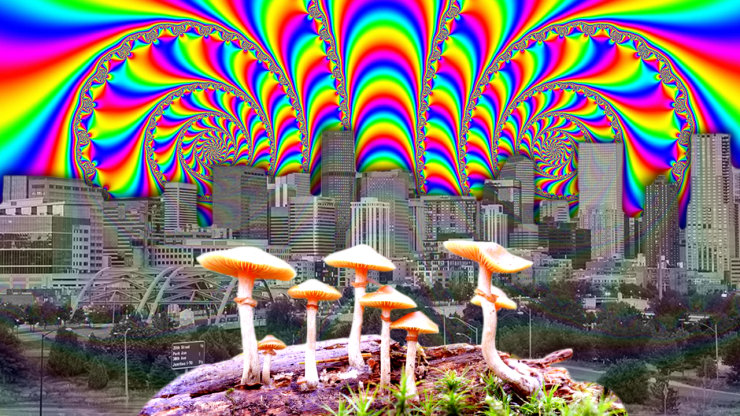 A ballot initiative in Denver, Colorado will give voters the opportunity to decide if their city should become the first in the US to decriminalize mushrooms that contain the psychoactive hallucinogen psilocybin, also known as “magic mushrooms.”

Initiative 301, which will be voted on May 7, would make “the personal use and personal possession of psilocybin mushrooms” for people who are 21 and older Denver’s “lowest law-enforcement priority.” It would also prohibit the city from spending resources on seeking criminal punishments for the use and possession of psilocybin mushrooms by anyone 21 and older.

Additionally, the initiative would establish a policy review panel to “assess and report on the effects of the ordinance.”

Initiative 301 would not legalize magic mushrooms. Psilocybin is illegal under both Colorado and federal law and will remain illegal if the initiative is passed. It also does not decriminalize the production and sale of magic mushrooms.

This means that while police cannot pursue people who use and possess psilocybin mushrooms, they can go after people who grow, distribute, and sell them.

Those who are in favor of decriminalizing magic mushrooms say that the initiative would save taxpayer money by shifting law enforcement resources away from nonviolent offenses.

While psychedelic-related arrests related are largely uncommon, the penalties are much more extreme than the typical marijuana charges in the US. Possession alone is considered a felony offense, and it is punishable by up to a year in prison and heavy fines.

Proponents of the initiative also argue that psilocybin mushrooms are safe, nonaddictive, and have therapeutic benefits for treating mental illnesses like depression, anxiety, and addiction.

“It is simply unprecedented in psychiatry that a single dose of medicine produces these kinds of dramatic and enduring results,” Said Dr. Stephen Ross, an Associate Professor of Psychiatry New York University.

The website for Decriminalize Denver, the organization that is leading the initiative, provides studies and research that show the benefits of psilocybin. The website also argues that decriminalizing psilocybin mushrooms allows for more research and more effective regulation.

“Psilocybin is safer than cannabis. Cannabis is safer than alcohol. There’s no reason for us to be criminalizing individuals and spending taxpayer money,” said Kevin Matthews, the campaign manager of Decriminalize Denver.

Opponents of the initiative are concerned that decriminalization would lead to more drug use.

Critics also argue that psilocybin does have some risks, specifically the possibility of accidents or traumatic experiences that could be psychologically harmful to those who take psilocybin, especially for people who are predisposed to mental illness.

“There’s a small but real percentage of the population, 1 or 2 percent, that have active psychotic disorders, or they have a good predisposition to develop psychotic disorders,” said Dr. Matthew Johnson, a leading expert at the Johns Hopkins Psychedelic Research Unit. “It’s very clear those people should not be exposed to psychedelics like psilocybin.”

Others critical of the initiative have said decriminalization is just a step towards full legalization and sale of psilocybin.

“It kind of feels like we’re the last ones in Colorado who are opposed to drug legalization, or decriminalization,” said Jeff Hunt, the director of the Centennial Institute at Colorado Christian University. “We’re setting up the argument for commercialization.”

As Denver prepares to vote May 7, the momentum in favor of Initiative 301 seems to indicate decriminalization of psilocybin mushrooms could in fact happen.

Earlier polling indicated that psilocybin decriminalization was more popular than criminalization in Denver. Also of note is the fact that Denver’s official voter guide does not include a “con” section for the initiative, and there is not an organized opposition campaign.

According to Denver’s interactive sample ballot website, “No arguments against this initiative were submitted.”

“We have huge momentum right now,” said Matthews. That momentum is not limited to Denver. In December, Oregon’s Secretary of State approved the language for a ballot initiative that would make it legal for licensed therapists to produce and administer psilocybin mushrooms.

Activists in Oakland, California have also organized to decriminalize psilocybin, and Washington state Governor Jay Inslee, who is a 2020 Democratic presidential candidate, has also said he is open to decriminalizing psychedelic mushrooms.

While other countries like Portugal have decriminalized psilocybin, along with other substances, the effects of psilocybin decriminalization in the US has yet to be tested. If Denver votes “yes” on Initiative 301, they will institute a historic decriminalization effort that could usher in a new wave of drug policy reforms.

See what others are saying: (Vox) (The Denver Post) (Denver Voter Information Guide) 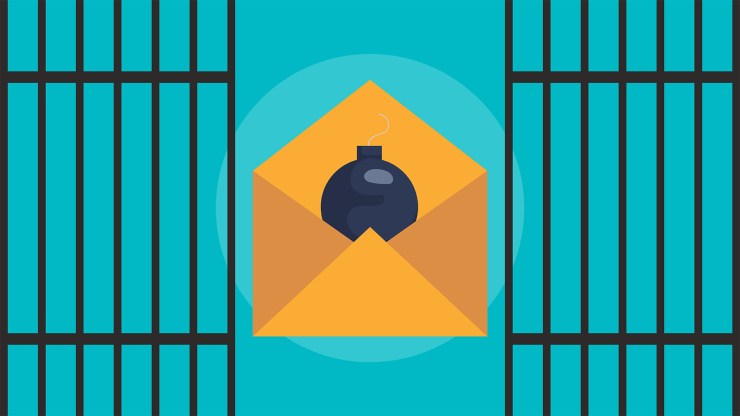 A New York judge has sentenced a man to 20 years in prison for mailing 16 pipe bombs to vocal critics of President Donald Trump in October 2018.

Prosecutors had requested the man receive a life sentence, but the attempted bomber thanked Judge Jed S. Rakoff when he was handed the 20-year sentence instead.

The first bomb was discovered in George Soros’ mailbox on October 22. The last bomb was found on November 1 addressed to billionaire Tom Steyer.

The bombs contained a mix of gunpowder from fireworks, glass shards, and pool chemicals. Each of the bombs also had pictures of their intended target with a red X over their face.

Authorities arrested the bomber in Florida on October 26, and he was later charged with five federal crimes. The FBI labeled the case as domestic terrorism.

In March, he plead guilty to 65 felony counts, one of which included a charge for using weapons of mass destruction.

In court, the man said he hadn’t intended for any of the bombs to detonate, saying he only wanted to scare his targets.

“I sent all 16 devices with the intent to threaten or intimidate,” the man said. “I know these actions were wrong.”

Prosecutors admitted the bombs wouldn’t function as they had been designed, but they said the bombs still carried the capacity to cause “extensive harm.”

Why He Mailed the Bombs

The bomber said he chose his targets because of their criticism of President Trump, of whom he described himself as an avid fan.

The man said he also lashed out because his van — which was covered in Trump stickers — had been vandalized. He had been living out of that van for more than 10 years while working as a strip club DJ and a pizza delivery driver.

“In this darkness, [the attempted bomber] found light in Donald J. Trump,” his attorney argued in court. “He came to believe that he was being personally targeted for supporting Trump: [He] thought that anti-Trump forces were trying to hurt him and they were to blame when his van was vandalized.”

During the trial, the man referred to several incidents involving his mental health, including sexual assault by a teacher, steroid abuse, PTSD, and learning disabilities.

“Now that I am a sober man, I know I was a very sick man,” he said in court. “I should have listened to my mother, the love of my life. She told me to get help.”

“It is perhaps, then, not surprising that someone of [his] emotionally fragile nature not only became infatuated with a public figure, in this case, Donald Trump,” Judge Rakoff said in court, “but also came to view Mr. Trump’s political opponents as demons who were out to destroy not just Mr. Trump but [him], as well.”

Ultimately, the man said he took full responsibility for his actions.

Even before the bomber was arrested, Trump condemned the mailing of the bombs.

“I just want to tell you in these times, we have to unify,” Trump said. “We have to come together, and send one very clear, strong, unmistakable message that acts or threats of political violence of any kind have no place in the United States of America.”

Around the same time, the president faced backlash for tweeting that news media were covering only the “’Bomb’ stuff,” not politics.

Trump faced questions of whether or not he thought his rhetoric was partially to blame for in inspiring the attacks, to which he defended himself and said he had no plans to change his actions in the future.

Editor’s Note: At Rogue Rocket, we make it a point to not include the names and pictures of mass murderers, suspected mass murderers, or those planning to commit a crime of that nature and may have done so with the intent to seek attention or infamy. Therefore, we will not be linking to other sources, as they may contain these details.