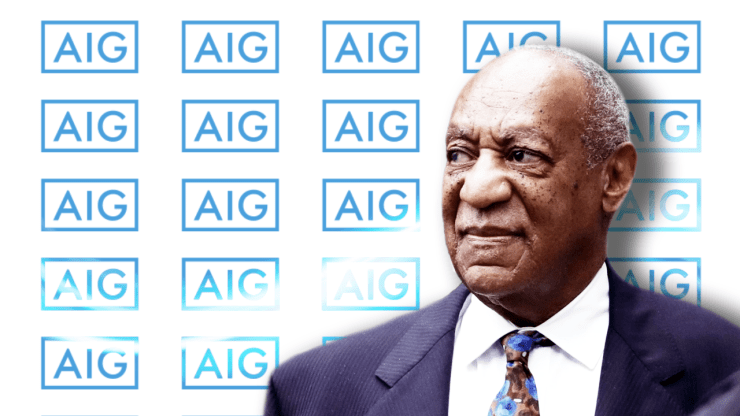 A settlement has been reached in a defamation case against Bill Cosby, but Cosby and his team say the agreement was made without his knowledge.

The original lawsuit was filed in 2014, by seven women who said they were defamed by Cosby when he publically denied their allegations of sexual misconduct. The women are Tamara Green, Therese Serignese, Linda Traitz, Louisa Moritz, Barbara Bowman, Joan Tarshis, and Angela Leslie.

Court documents filed on Friday in the western division of the U.S. District Court of Massachusetts showed that the lawsuit had been settled. Joseph Cammarata, who represents the seven women, did not release details about the agreement, but he did tell the Associated Press that each of his clients “is satisfied with the settlement.”

Cosby’s spokesperson Andrew Wyatt confirmed that a settlement was reached, but says that the insurance company, AIG, reached the settlement without Cosby’s knowledge or consent.

“Mr. Cosby did not settle any cases with anyone,” Wyatt said in a statement. “He is not paying anything to anyone…Mr. Cosby vehemently denies the allegations brought against him in these defamation suits and he maintains his innocence.”

Cosby also released a statement saying, “AIG showed that they’re a part of the corruption against me, by paying off these distractors, without my knowledge, without my permission and without my consent.”

“AIG’s egregious behavior will be frowned upon by their many customers,” he continued. “They have proven that they do not have the best interest of their clients in mind, which will cause them to lose an overwhelming amount of business.”

The comedian responded to the seven women with a countersuit in 2015, claiming defamation, intentional infliction of emotional distress, and loss of business. In his recent statement, he said he would continue to pursue that claim.

“I, [Bill Cosby], will never settle any defamation claim, I will continue to pursue my counterclaims, and I will not relinquish AIG from its responsibility in defending my defamation claims. That’s why I paid my premiums on time and I never let my policy lapse. AIG’s settlement of these claims in Massachusetts makes them look corrupt and it exposes my innocence.”

The insurance company is involved in this case because it was obligated to pay for legal services in defamation cases for Cosby under the provisions of his homeowner’s policy.

A.I.G. tried to deny him coverage, arguing in court that it was not compelled to cover claims relating to sexual misconduct. However, judges in Massachusetts and California ultimately sided with Cosby.

An AIG spokesperson said the company could not comment on a specific case but said that they do not necessarily need a client’s permission to settle a case. “Certain insurance policies provide insurers with the authority to resolve claims when the insured has been informed.”

The settlement ends one of many legal battles involving Cosby. The comedian, who is now 81-years old, has been accused of sexual misconduct by more than 60 women over the span of decades.

He is currently serving a three to 10-year prison sentence and will also be required to register as a sexual predator for the rest of his life. However, he is appealing his conviction and maintains his innocence in all allegations of sexual assault.

His legal battles won’t end here. Chloe Goins, a model who says Cosby drugged and assaulted her at the Playboy Mansion in 2008, has filed a sexual battery complaint against him. Cosby also faces a possible trial related to assault claims made by a woman named Judy Huth, who says he sexually assaulted her when he was a minor.

On top of that, he faces another defamation lawsuit filed by former model Janice Dickinson. Dickinson appeared at Cosby’s trial last April, where she claimed that he drugged and sexually assaulted her at a Nevada hotel in 1982.

See what others are saying: (Deadline) (The Wrap) (The Washington Post)