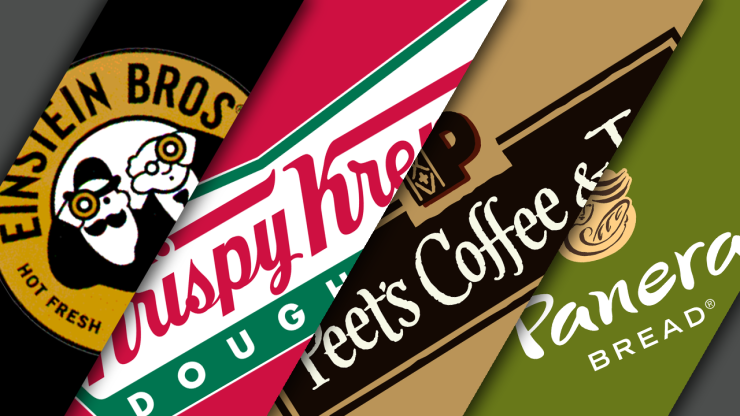 The German family who owns brands like Krispy Kreme, Keurig Dr Pepper, and Panera Bread says that its ancestors were staunch supporters of Adolf Hitler and his Nazi regime.

The Reimann family is one of the richest family in Germany and they back JAB holdings, a privately held conglomerate that has investments in several major brands like Peet’s Coffee & Tea, Einstein Bro’s Bagels, and more.

The report said the two condoned the abuse of forced laborers both in their industrial chemicals company in southern Germany and in their own home. Female workers from Eastern Europe were forced to stand at attention naked in their factory barracks. Those who refused were said to have been sexually abused.

Workers were also kicked and beaten, including one Russian woman, who says she cleaned in the Reimanns’ private villa.

The report also claimed that Seimann Sr. donated to Hitler’s paramilitary SS force as early as 1931. It also discusses a letter from Reimann Jr. that was sent to a local mayor. In it, he complained that French prisoners of war weren’t working hard enough and should be in prison.

The Reimann family, which has an estimated wealth of $37 billion, did not dispute the findings of the report.

“It is all correct,” family spokesman Peter Harf, who is one of two managing partners of JAB Holdings, told Bild. “Reimann Senior and Reimann Junior were guilty. The two men have passed away, but they actually belonged in prison.”

The family says it commissioned a historian to investigate its ancestry in 2014. They hired Paul Erker of Munich University to study their ties to the Nazi regime and after four years of work, his research is still not complete.

According to Harf, what has emerged so far came from an interim presentation Erker gave earlier this year

In an email to the Washington Post, Erker confirmed that he was investigating the company’s history during the Nazi era. “It is about an overall story also in the industry context, but in which the subject of forced labor plays a central role,” Erker said.

“The mandate includes absolute scientific independence and unrestricted access to files, including the Benckiser Archive and family records. I ask for your understanding that I cannot provide any information on the details and results of the ongoing project.”

Erker did not announce when the report would be complete. However, the family’s spokesperson has said that it could be completed next year and will be made public as soon as it is.

In the meantime, the Reimann’s have announced that the family will donate $11.3 million to a charity that has yet to be identified.

According to another family spokesperson, the decision was “spontaneous because the family was absolutely ashamed.”

See what others are saying: (The New York Times) (Bloomberg) (Deutch Wells)

Thailand’s Elections Lead to Disagreement Between Parties, Breaking Down the Complicated Results 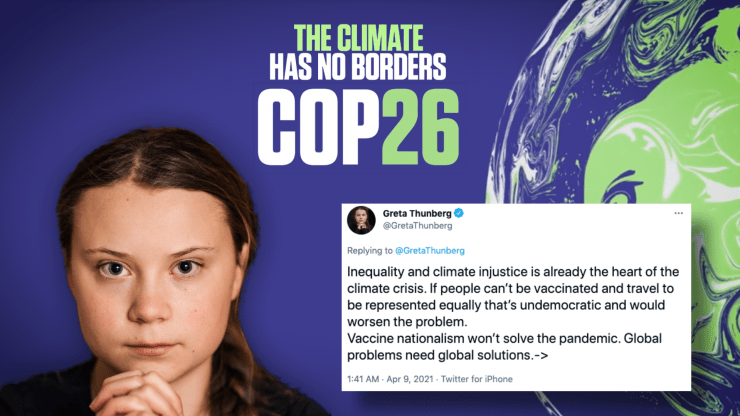 The COP26 summit is set to take place in Glasgow, Scotland in November, but 18-year-old Thunberg told BBC she won’t attend because she’s concerned about the impact COVID-19 will have on attendance.

In a Twitter thread Friday, she responded to a headline about her plans to miss the summit.

“Of course I would love to attend…But not unless everyone can take part on the same terms. Right now many countries are vaccinating healthy young people, often at the expense of risk groups and front line workers (mainly from global south, as usual…),” she wrote.

“Inequality and climate injustice is already the heart of the climate crisis. If people can’t be vaccinated and travel to be represented equally that’s undemocratic and would worsen the problem.”

Thunberg went on to say that if the summit is delayed, it doesn’t mean urgent action should too.

“We don’t have to wait for conferences nor anyone or anything else to dramatically start reducing our emissions. Solidarity and action can start today,” she added before noting that digital alternatives for the conference would also be insufficient.

“High speed internet connection and access to computers is extremely unequal in the world. In that case we would lack representation from those whose voices need to be heard the most when it comes to the climate crisis,” she wrote.

According to The Washington Post, nearly 20% of people in the United States are now vaccinated, but many other countries are unlikely to hit that same metric by the end of the year, even with international assistance through the Covax program.

Current projections predict it could be years before developing countries distribute enough doses to come close to herd immunity, which scientists say requires inoculating around 70-80% of a population.

Since rollouts began late last year, enough shots have been distributed to fully vaccinate about 5% of the world’s population, but The Post reported that the vast majority have been administered in wealthy and Western countries.

Around 40% of vaccines have been given in 27 wealthy nations that include only 11% of the world’s population, according to the Bloomberg Vaccine Tracker.

That’s pretty concerning because scientists also warn that the longer the virus continues to circulate widely, the more chances it will have to change and potentially develop vaccine resistance.

Thunberg’s comments are a blow for U.K. organizers, who have already postponed the conference once from last November because of the pandemic. Even now, there has been speculation that it could be delayed again this year.

Thunberg would not play a formal role at the conference but her decision not to attend is a significant symbolic moment.

At COP25, the young climate change activist gave a headline speech and she typically attends major climate events of this nature. On top of that, reports say this summit was slated to be one of the most consequential climate conferences since the 2015 Paris accord.

On the agenda for this year’s conference discussions were country-level plans for cutting carbon emissions, along with progress on the Paris agreement and the U.N. Framework Convention on Climate Change.

See what others are saying: (Insider) (CNBC) (The Washington Post)