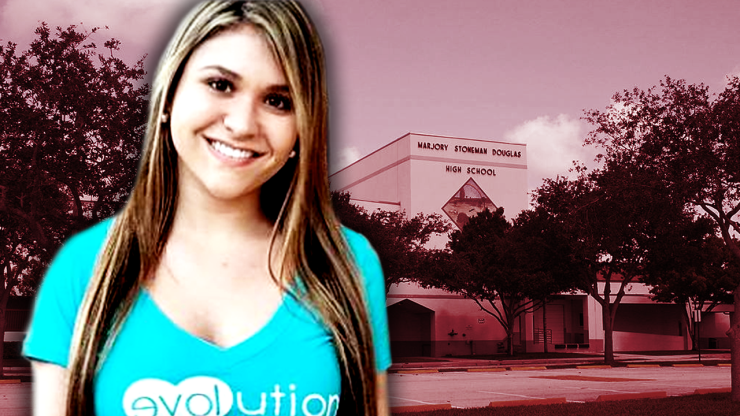 Two Marjory Stoneman Douglas High School students took their own lives this month, about a year after surviving a mass shooting at the school that left 17 dead.

On March 17, 19-year-old Sydney Aiello, a recent graduate of Stoneman Douglas, died of an apparent suicide. Her family said that she struggled with survivor’s guilt and had recently been diagnosed with post-traumatic stress disorder.

In the shooting, Aiello lost her longtime friend, Meadow Pollack. She also lost her fellow classmate Joaquin Oliver and a school staff member, Coach Aaron Feis. She wrote a Facebook post dedicated to them a few days after the shooting.

A funeral for Aiello, who was a student at Florida Atlantic University, took place on Friday.

A few days after Aiello’s death, on March 23, another student who survived the shooting also took his own life. According to Broward County District 3 Commissioner Michael Udine, the student was a 17-year-old male sophomore who attended Stoneman Douglass.

Coral Springs police spokesperson Tyler Reik said the death was an apparent suicide, but explained that authorities were still conducting an investigation and said that ”the cause of death hasn’t been officially confirmed yet.”

Police did not release the second student’s name and said that it is not known whether or not his death can be linked to the school shooting.

Local leaders met Sunday to grieve and find a way to deal with the new tragedy that has hit their community.

“You must communicate with your children, and children, you’ve got to talk to your friends,” said Cindy Arenberg Seltzer, president of the Children’s Services Council of Broward County.

Ryan Petty, whose daughter Alaina was killed during the shooting said this was something parents and officials had warned about immediately after the tragedy last year.

“Almost as many people died after Columbine as died during the event, and that was suicide.” he said.

“We lost 17 beautiful souls on Feb. 14 and… now it’s not only 18, it’s 19… The way to prevent number 20 is for parents to ask the questions: have you thought about killing yourself? … If they answer yes to those questions, they’re at risk and you need to get help.”

Parents who attended the meeting said the Broward County Schools Superintendent’s Office is working to reach every parent in the district via text, email, social media, and robocalls.

Petty also said that the district would be giving parents the “Columbia Protocol,” a set of six questions to ask their children. Based on their answers, they will be given several emergency resource options to reach out to for help.

Superintendent Robert Runcie encouraged parents to take time to speak with their children in everyday settings. “We need to remove the stigma from talking about suicide,” Runcie said.

Parkland survivor and activist David Hogg tweeted calling for action from the government and school district after learning of the deaths.

The news of the two deaths in Parkland highlight the impact mass shootings can have on victims and families.

Unfortunately, news of recent suicides not only appearing in Parkland. On Monday morning, the father of a Sandy Hook school shooting victim was found dead in an apparent suicide in Newtown, Conn.

Jeremy Richman, 49, was found at about 7:00 a.m. in the Edmond Town Hall, a movie theater and event space in Newtown. Richman was the father of Avielle Richman, one of the 20 children killed at Sandy Hook Elementary School in 2012.

See what others are saying: (CBS News) (The Miami Herald) (The New York Times)

If you or someone you know might be at risk of suicide, please call the National Suicide Prevention Lifeline at 1-800-273-8255 (TALK). You can find a list of additional resources at SpeakingOfSuicide.com/resources