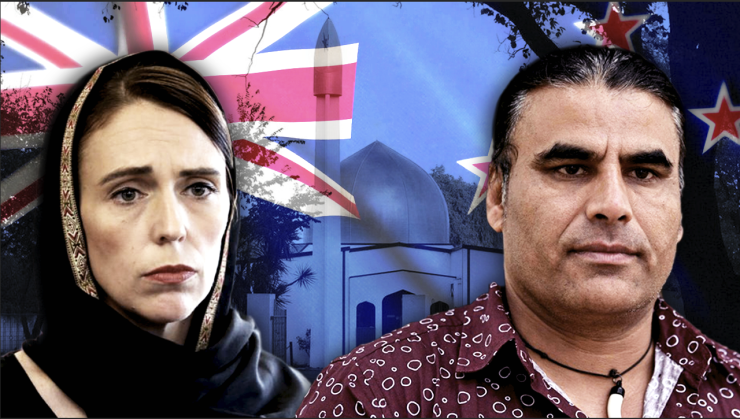 Woman Treats Wounds in Her Car

After 50 people were killed and 50 others were injured in attacks at two mosques in Christchurch, New Zealand, the community is rallying together and thanking heroes who helped during the tragedy.

The Linwood Islamic Center and Al Noor Mosque were the targets of shootings on Friday. It is the worst shooting mass shooting in the country’s history.

One woman, Jill Keats, was driving when the shooting happened. Two bullets barely missed her car, and she stopped driving. When she saw that someone near her had been shot, she got out of her car to help him.

“The poor bugger lying on the verge had been shot in the back,” Keats told BBC. “And we opened my passenger’s door, my driver’s door, and opened up the back as well to give us some protection. And he had a first aid kit, and he crouched and ran all the way back to get it.”

The victim then lifted his shirt and dressed the wound, while she applied pressure. Another witness ended up helping the two.

“And a nice Muslim guy came and gave me some help as well,” Keats added. “Because you have to put a lot of pressure on, and my poor old hands were shaking hard. I was scared  wouldn’t be able to do a good job.”

Another man who was inside one of the mosques attacked is being hailed as a hero for fighting back against the gunman.

When Abdul Aziz realized someone with a gun was approaching, he grabbed a credit card machine to use as a weapon. When the gunman went to grab more ammunition from his car, Aziz chucked the machine at him.

Aziz also picked up a gun the shooter had dropped. When he tried to shoot it, it was empty, so he threw it at the car window.

“I just got that gun and throw it at the window like an arrow,” Aziz said. “And I blast his window. And he probably thought I shot him or something.”

“He just drove off,” he added.

Many people in New Zealand are also honoring the victims and supporting their families, and the survivors. The Royal Botanical Garden, which is about the halfway point between the Linwood and Al Noor, is filled with flowers and cards.

Taken by one of my brothers in Christchurch tonight???

On Sunday, over 12,000 people attended a vigil in Wellington, and more vigils are being planned throughout New Zealand. Others are helping out by donating food to Hagley College, which is being used as a community center for families impacted by the shooting.

“It is clear that this can only be described as a terrorist attack,” Arden said.
“These are people who I would describe as having extremist views. Views that have no place in New Zealand, and in fact, have no place in the world.”

Over the weekend, Ardern went to Christchurch to visit the victims, survivors, and their family members. She also said that funeral costs for the fifty people who lost their lives would be covered, regardless of their immigration status.

Gun control reform is also a priority for Ardern, who said that there will be changes to New Zealand’s gun laws within the next ten days. While it is not yet known what specifically will change, the cabinet has agreed to tighten laws.

The New Zealand Council of Victim Support Groups made a crowdfunding page at Give a Little. There is also a page that is taking crowd-funded donations. The funds from both of these will be given to support those affected, including the victim’s families.

Editors Note: At Rogue Rocket, we make it a point to not include the names and pictures of mass murders or suspected mass murderers who may have been seeking attention or infamy.