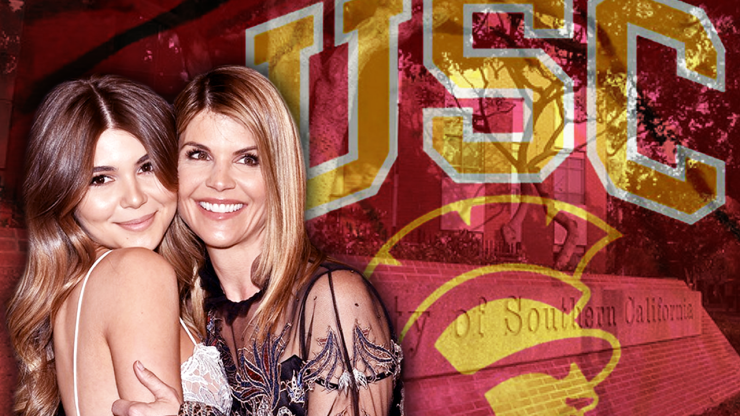 YouTuber and influencer Olivia Jade is coming under fire after her parents, Lori Loughlin and Mossimo Giannulli, participated in a bribery scheme to get her into college.

Loughlin and Giannulli are among the 50 people who were indicted Monday after the Department of Justice uncovered a massive college scam involving wealthy people paying to have SAT scores faked and applications rigged so their children could get into elite colleges.

The two spent $500,000 to get their two daughters, Olivia and Isabella Rose, into the University of Southern California. The parents allegedly paid to have their children be accepted as fake recruits to the school’s crew team, despite the fact that neither row crew.

Olivia, who has 1.9 million YouTube subscribers and 1.3 million Instagram followers, has used her status as a college student to make paid posts on social media.

In the past, she also uploaded a video where she said she doesn’t care about academics, and wants to go to school for parties.

“But I do want the experience of like, game days, partying,” she said in the August 2018 video. “I don’t really care about school, as you guys know.”

When people called her out at the time for seeming privileged and ignorant about her education, she posted an apology video.

“I just genuinely want to say I’m sorry for anyone I’ve offended by saying that,” she said in the video, posted two days later. “I know that it’s a privilege and it’s a blessing and I’m really grateful.”

Now, many of the comments on both of those videos reference the scandal involving her acceptance, which many believe is unearned.

“You are just a spoiled brat that cheated into college when others had to actually work hard to get in,” one user wrote.

“Can you do a video too about how your parents paid 500k to scam your way into USC? also how your sat score and sports profile is fake?” another read.

On Twitter, some users are even mentioning brands that have collaborated with Olivia, asking them to cut ties with her.